Because weed prices are so low, many growers are pivoting to hemp, CBD

Because weed prices are so low, many growers are pivoting to hemp, CBD

SPRINGFIELD, Ore. (AP) — A glut of legal marijuana has driven Oregon pot prices to rock-bottom levels, prompting some nervous growers to start pivoting to another type of cannabis to make ends meet — one that doesn’t come with a high.

Applications for state licenses to grow hemp — marijuana’s non-intoxicating cousin — have increased more than twentyfold since 2015, and Oregon now ranks No. 2 behind Colorado among the 19 states with active hemp cultivation. The rapidly evolving market comes amid skyrocketing demand for a hemp-derived extract called cannabidiol, or CBD, seen by many as a health aid.

In its purified distilled form, CBD oil commands thousands of dollars per kilogram, and farmers can make more than $100,000 an acre growing hemp plants to produce it. That distillate can also be converted into a crystallized form or powder. 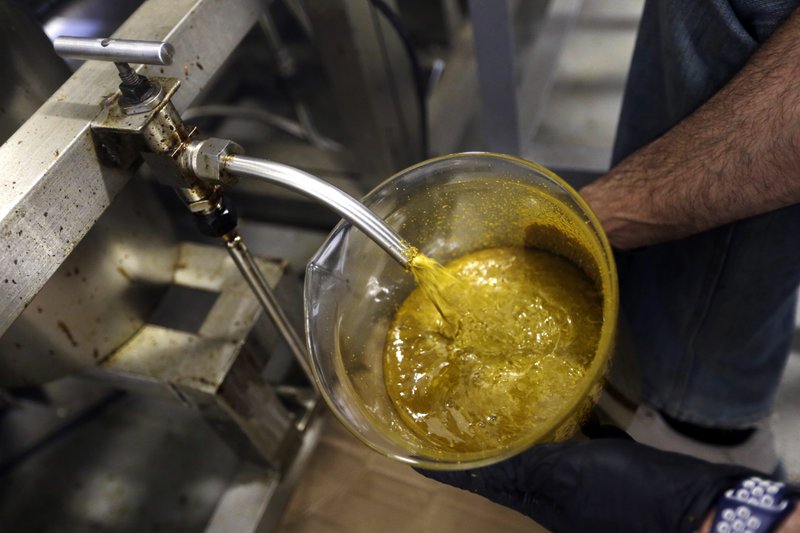 “Word on the street is everybody thinks hemp’s the new gold rush,” said Jerrad McCord, who grows marijuana in southern Oregon and just added 12 acres of hemp. “This is a business. You’ve got to adapt, and you’ve got to be a problem-solver.”

The state’s climate is perfect for growing marijuana, and growers produced bumper crops. Under state law, none of it can leave Oregon. That, coupled with a decision to not cap the number of licenses for growers, has created a surplus. 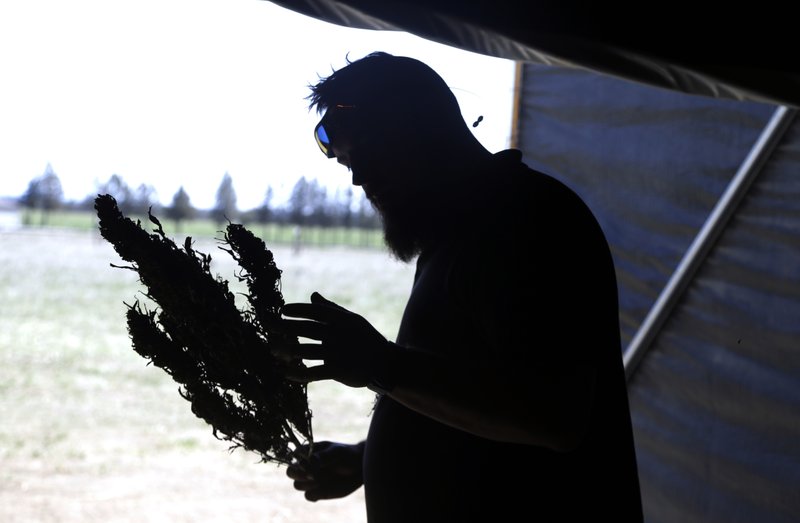 The Oregon Liquor Control Commission, which regulates the industry, says some of the inventory of flower goes into extracts, oils and tinctures — which have increased in popularity — but the agency can’t say how much. A comprehensive market study is underway.

Yet the retail price for a gram of pot has fallen about 50 percent since 2015, from $14 to $7, according to a report by the Oregon Office of Economic Analysis. Growers and retailers alike have felt the sting.

“Now we’re starting to look at drastic means, like destroying product. At some point, there’s no more storage for it,” said Trey Willison, who switched his operation from marijuana to hemp this season. “Whoever would have thought we’d get to the point of destroying pounds of marijuana?”

That stark prospect is driving more of Oregon’s marijuana entrepreneurs toward hemp, a crop that already has a foothold in states like Colorado and Kentucky and a lot of buzz in the cannabis industry. In Oregon, the number of hemp licenses increased from 12 in 2015 to 353 as of last week, and the state now ranks No. 2 nationally in licensed acreage. 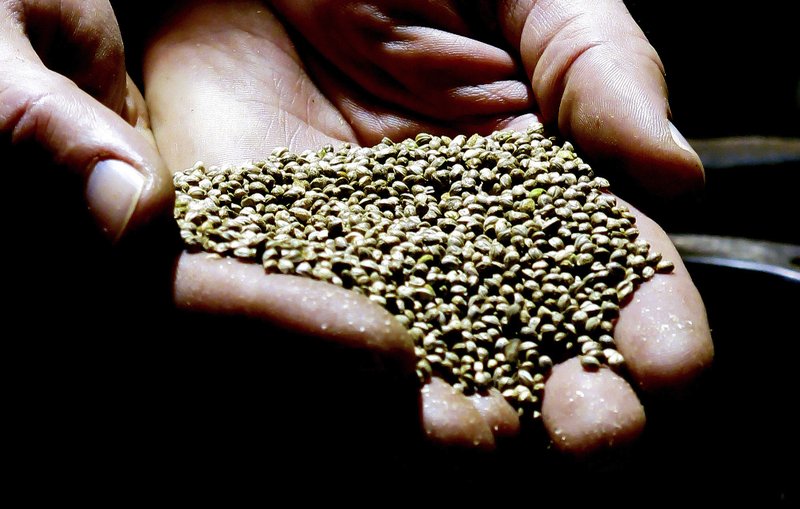 Colorado, which is No. 1 in hemp production, and Washington were the first states to broadly legalize marijuana. Both have seen price drops for marijuana but not as significant as Oregon.

Like marijuana, the hemp plant is a cannabis plant, but it contains less than 0.3 percent of THC, the compound that gives pot its high. Growing industrial hemp is legal under federal law, and the plant can be sold for use in things like fabric, food, seed and building materials.

But the increasing focus in Oregon is the gold-colored CBD oil that has soared in popularity among cannabis connoisseurs and is rapidly going mainstream. At least 50 percent of hemp nationwide is being grown for CBD extraction, and Oregon is riding the crest of that wave, said Eric Steenstra, president of Vote Hemp, a nonpartisan organization that advocates for pro-hemp legislation.

“There are a lot of growers who already have experience growing cannabis, and when you’re growing for CBD, there are a lot of the same techniques that you use for growing marijuana,” he said. “Oregon is definitely a hotbed of activity around this.”

CBD is popping up in everything from cosmetics to chocolate bars to bottled water to pet treats. One Los Angeles bar sells drinks containing the oil, massage therapists use creams containing CBD, and juice bars offer the stuff in smoothies. Dozens of online sites sell endless iterations of CBD oils, tinctures, capsules, transdermal patches, infused chocolates and creams with no oversight. 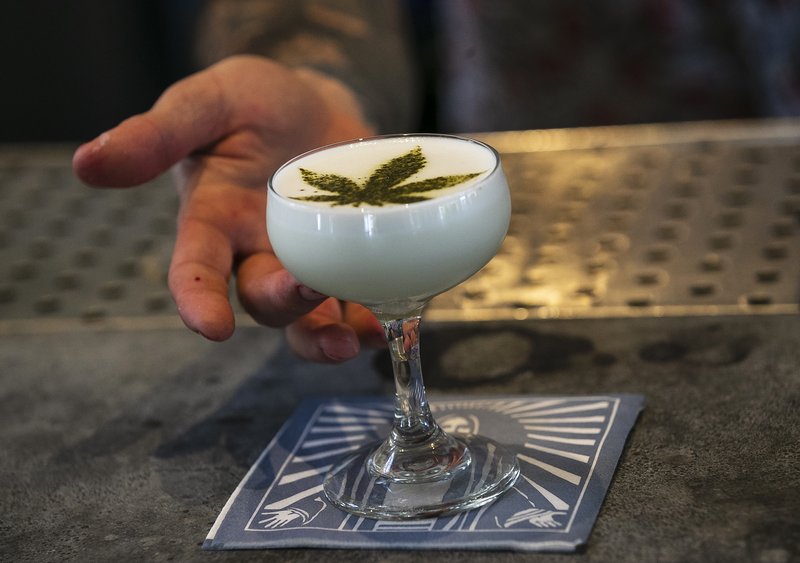 Proponents say CBD offers a plethora of health benefits, from relieving pain to taming anxiety. Scientists caution, however, that there have been very few comprehensive clinical studies of how CBD affects humans — mostly because the U.S. Drug Enforcement Administration still considers cannabidiol a Schedule 1 drug, and the government requires special dispensation to study it.

Pre-clinical studies have shown promise for treatment of chronic pain, neuro-inflammation, anxiety, addiction and anti-psychotic effects in animals, mostly rodents, said Ziva Cooper, an associate professor of clinical neurobiology at Columbia University who focuses her research on the therapeutic potential of cannabis and cannabinoids.

The Federal Drug Administration next month could approve the first drug derived from CBD. It’s used to treat forms of epilepsy. 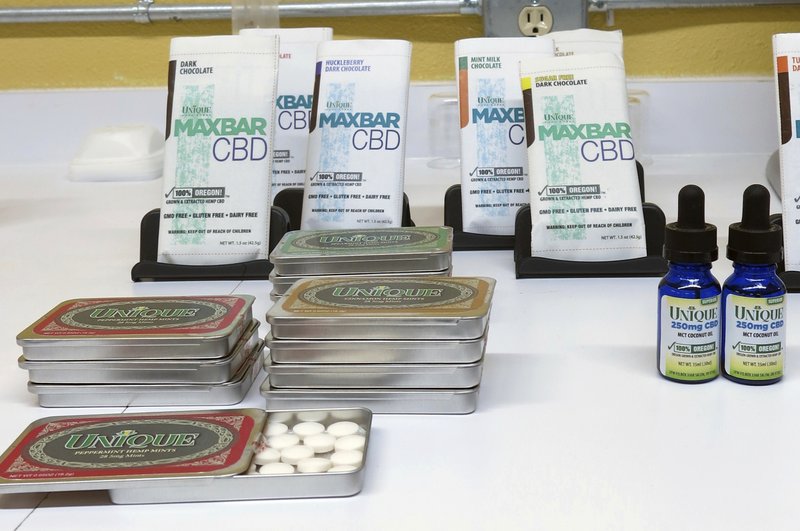 Christina Sasser, co-founder of Vital Leaf, isn’t waiting for government action to market CBD products in stores and online. She sells about 500 bottles of Oregon-sourced CBD oil a month and ships only to customers living in states with state-run hemp pilot programs, to better avoid the possibility that federal agents will go after her for selling something the U.S. government considers illicit.

“Everybody in the CBD world has recognized the risks involved, and I would say the vast majority of us really believe in the power of the plant and are willing to operate in this, sort of, gray area,” she said.

Willison was selling marijuana clones to pot startups when he realized last spring he was selling way more clones than Oregon’s market could support. The two-story building where he grew 200 pounds of weed a month sits nearly empty, and a greenhouse built to expand his pot business is packed with hemp plants instead. 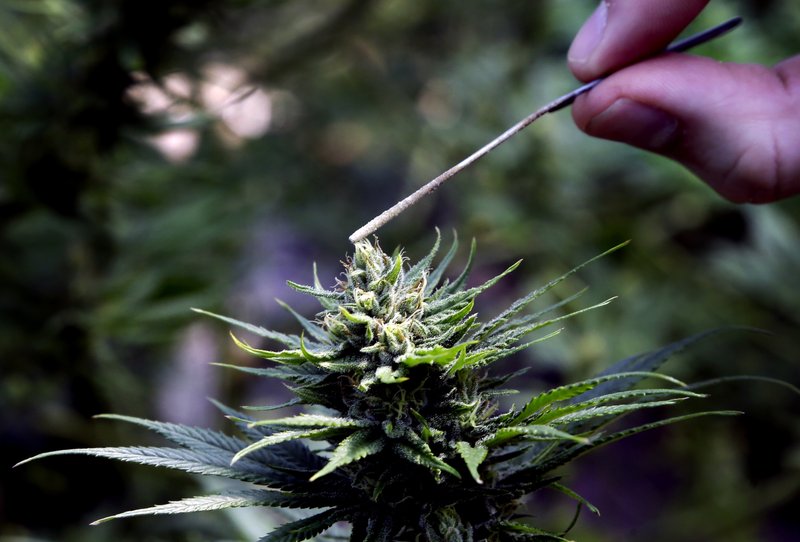 He breeds hemp plants genetically selected for their strong CBD concentration, harvests the seeds and extracts CBD from the remaining plants that can fetch up to $13,000 per kilogram. His future looks bright again.

“The (marijuana) market is stuck within the borders of Oregon — it’s locked within the state,” he said, as he took a break from collecting tiny grains of pollen from his plants. “But hemp is an international commodity now.”—GILLIAN FLACCUS (AP)