Companion robots are ready to socialize, people however, are not

Companion robots are ready to socialize, people however, are not

BOSTON (AP) — Personal home robots that can socialize with people are starting to roll out of the laboratory and into our living rooms and kitchens. But are humans ready to invite them into their lives?

It’s taken decades of research to build robots even a fraction as sophisticated as those featured in popular science fiction. They don’t much resemble their fictional predecessors; they mostly don’t walk, only sometimes roll and often lack limbs. And they’re nowhere close to matching the language, social skills and physical dexterity of people.

Worse, they’re so far losing out to immobile smart speakers made by Amazon, Apple and Google, which cost a fraction of what early social robots do, and which are powered by artificial-intelligence systems that leave many robots’ limited abilities in the dust.

That hasn’t stopped ambitious robot-makers from launching life-like robots into the market — albeit with mixed results so far.

Two pioneers in a new vanguard of cute, sociable robots — Jibo, a curvy talking speaker, and Kuri, a cartoonish wheeled “nanny” — have been early casualties. The makers of Vector, a less expensive home robot that was unveiled Wednesday, hope theirs will be a bigger hit.

A growing number of tech companies are counting on people being willing to socialize with robots in their homes, like Vector a personal robot that goes on sale this week.

Still others, including a rumored Amazon project and robots designed to provide companionship for senior citizens, remain in the development phase.

“I think we’re going to start seeing some come to market this year,” said Vic Singh, a founding general partner of Eniac Ventures, which has invested in several robotics startups. But they’ll be limited to very specific uses, he warned.

Hopes for social robots keep outpacing reality. Late last year, the squat, almost featureless Jibo graced the cover of Time Magazine’s “best inventions” edition. Its creator, MIT robotics researcher Cynthia Breazeal, told The Associated Press at the time that “there’s going to be a time when everybody will just take the personal robot for granted.” 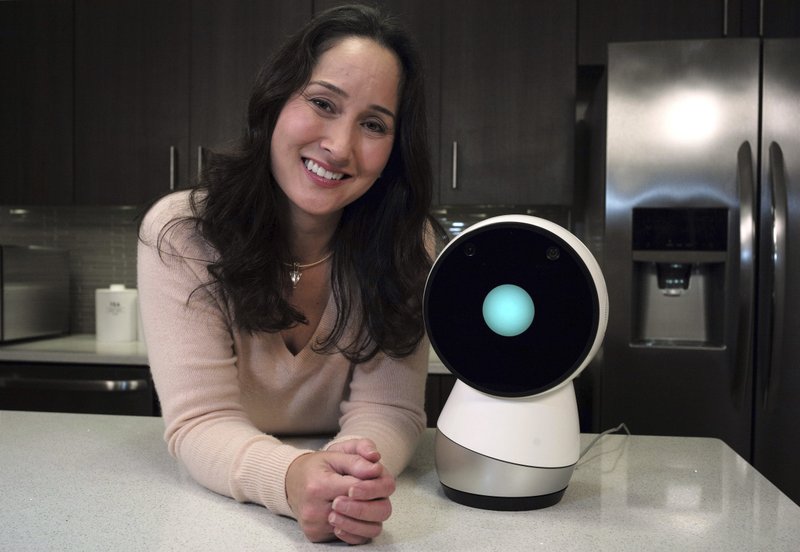 That time has not yet arrived.

Jibo, a foot-high, vaguely conical device topped by a wide hemispherical “head,” stays where you put it, typically on a countertop. But it can swivel its flat, round screen “face” to meet your gaze; tells joke and plays music; and can shimmy convincingly if you ask it to dance. It was pitched as “the world’s first social robot for the home.”

At almost $900, though, Jibo didn’t win anywhere near enough friends. It’s still for sale online, but its parent company reportedly laid off much of its workforce in June and didn’t reply to requests for comment. 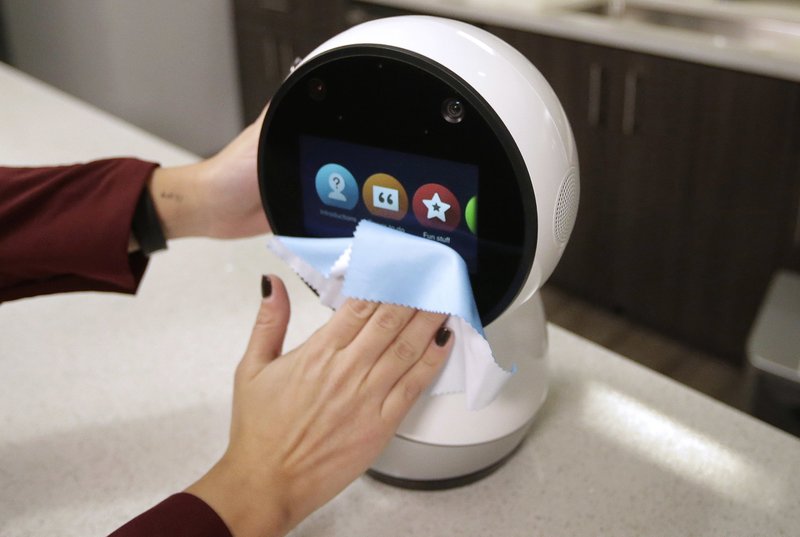 “It’s a really cool device, but it didn’t offer a ton of utility,” Singh said.

In late July, another startup, California-based Mayfield Robotics, ceased manufacturing Kuri, a roving $699 machine that would shoot pictures and video from cameras hidden behind its round, blinking eyes. Other home robots, such as the three-foot, video-screen equipped personal assistant Temi ($1,499) and Sony’s dog-like Aibo ($1,800), are even less affordable. 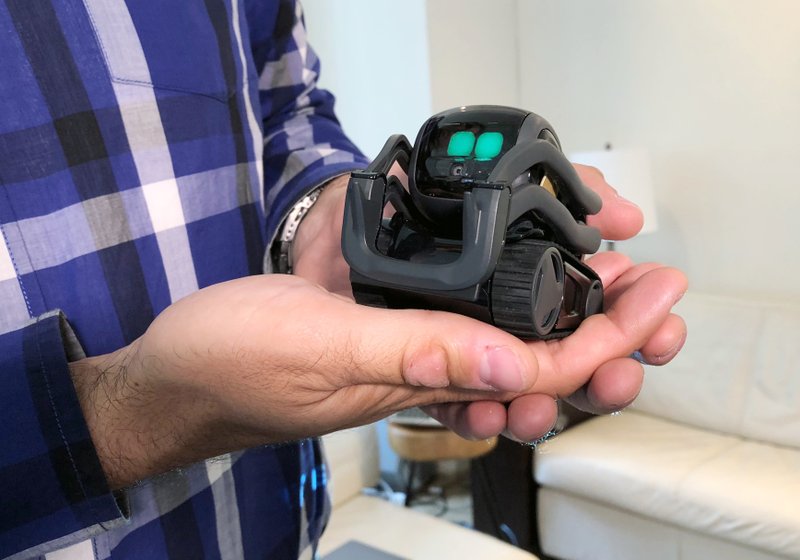 “You cannot sell a robot for $800 or $1,000 that has capabilities of less than an Alexa,” said Boris Sofman, CEO of Anki, which plans to launch its pet-like Vector this fall.

Promising a robotic future beyond “puck-like vacuum cleaners and lifeless cylindrical talking speakers,” Anki is pitching the $249 Vector as an older brother to its tiny — and feisty — toy robot Cozmo. 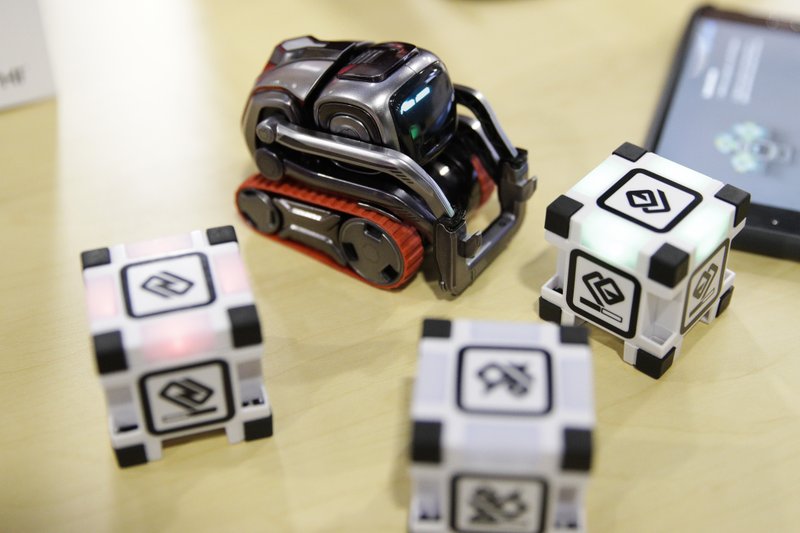 Both robots are tiny enough to fit in your palm. They scoot around on tank treads and chirp more than talk, but Vector can answer basic questions, set a timer or deliver messages from email and texts. It can rest on a tabletop until it hears a door open or, using facial recognition, “sees” a familiar person in view. It purrs when you rub its gold-plated back.

Social robots trace their lineage back to an interactive humanoid head named Kismet, which Breazeal built in an MIT lab in the 1990s. Since then, advances in artificial intelligence have propelled the field forward. The popularity of Alexa and its ilk has also helped take the strangeness out of talking machines.

The key for Vector and other companion robots, experts say, is to strike the right balance between usefulness and personality. (Affordability also seems pretty important.) Though there’s plenty of disagreement over what makes the proper balance.

Fall short on personality, and “you better be perfect because the moment you make a mistake, you’re going to be the big lumbering robot that made a mistake,” Sofman said. But people can forgive errors so long as the robot reacts in a realistic way. 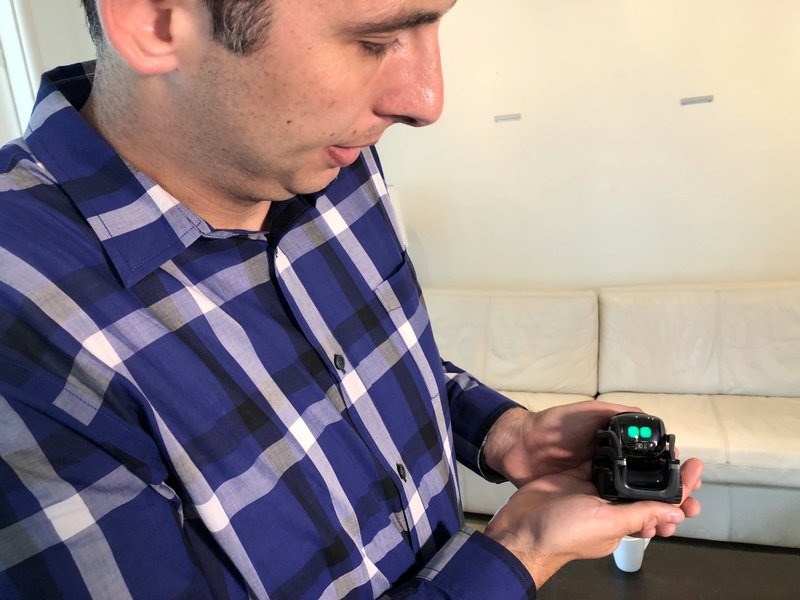 Anki hired animators from Pixar and DreamWorks to give character to Cozmo and Vector. Israeli startup Intuitions Robotics brought on prominent industrial designer Yves Behar to help craft the look of ElliQ, which is designed for seniors. The robot is expected to launch next year.

“We were looking for an aesthetic that will earn the right to be part of people’s life for a long period of time, not just a gadget or a toy,” said Dor Skuler, Intuition’s founder and CEO.

Instead of cute, ElliQ aims for calm. Designed to sit on an end table, the robot is shaped like a rounded table lamp with a circular light shining from inside its translucent plastic head. It swivels frequently, directing attention to the person it’s speaking with, and has an adjacent tablet screen to show off photos or text messages.

Many researchers say social robots hold great promise in helping an aging population. Such robots could remind seniors to take medicine, prompt them to get up and move or visit others, and help them stay in better touch with extended family and friends. 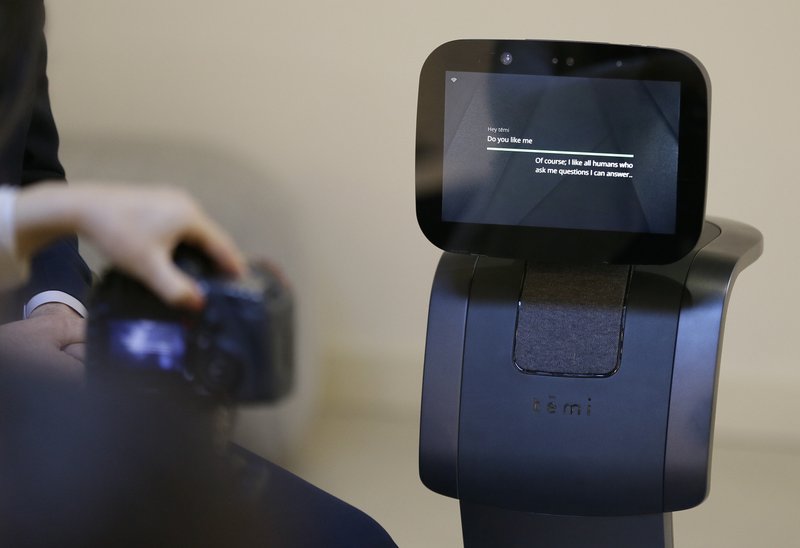 [The personal assistant Temi robot answers a question during an event in San Francisco.]

For the robots to catch on across all ages, though, they need to prove themselves useful and helpful, said James Young, a researcher at the University of Manitoba’s human-computer interaction lab.

“Whether that’s by helping with loneliness, helping with tasks like cooking, that’s key,” he said. “Once people are convinced something is useful or actually saves them time, they’re really good at adapting.”—MATT O’BRIEN, AP