Controversial 'forced rehab' worked for her, but many remain skeptical

Controversial 'forced rehab' worked for her, but many remain skeptical

QUINCY, Mass. (AP) — The last thing Lizabeth Loud wanted, a month from giving birth, was to be forced into treatment for her heroin and prescription painkiller addiction.

But her mother saw no other choice, and sought a judge’s order to have her committed against her will. Three years later, Loud said her month in state prison, where Massachusetts sent civilly committed women until recent reforms, was the wake-up call she needed.

“I was really miserable when I was there,” the 32-year-old Boston-area resident said. “That was one bottom I wasn’t willing to revisit again.” 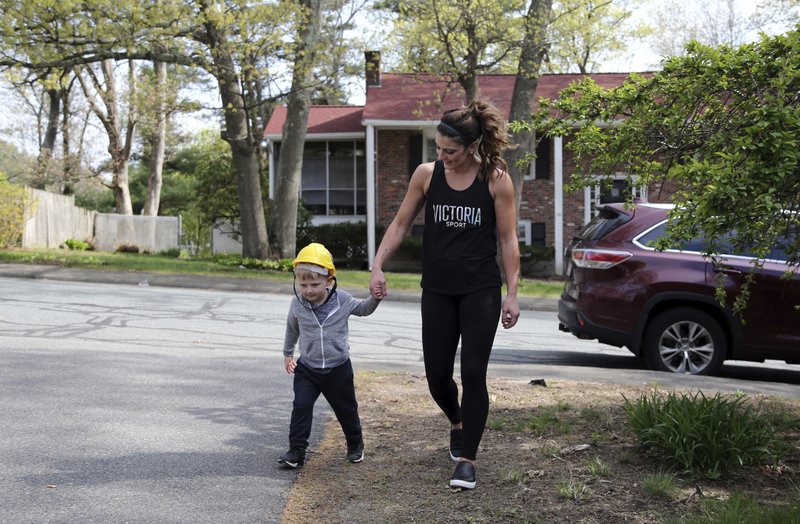 An Associated Press check of data in some key states has found that the use of involuntary commitment for drug addiction is rising. And in many places, lawmakers are trying to create or strengthen laws allowing authorities to force people into treatment.

But critics, including many doctors, law enforcement officials and civil rights advocates, caution that success stories like Loud’s are an exception. Research suggests involuntary commitment largely doesn’t work and could raise the danger of overdose for those who relapse after treatment.

At least 35 states currently have provisions that allow families or medical professionals to petition a judge, who can then order an individual into treatment if they deem the person a threat to themselves or others. But the laws haven’t always been frequently used. 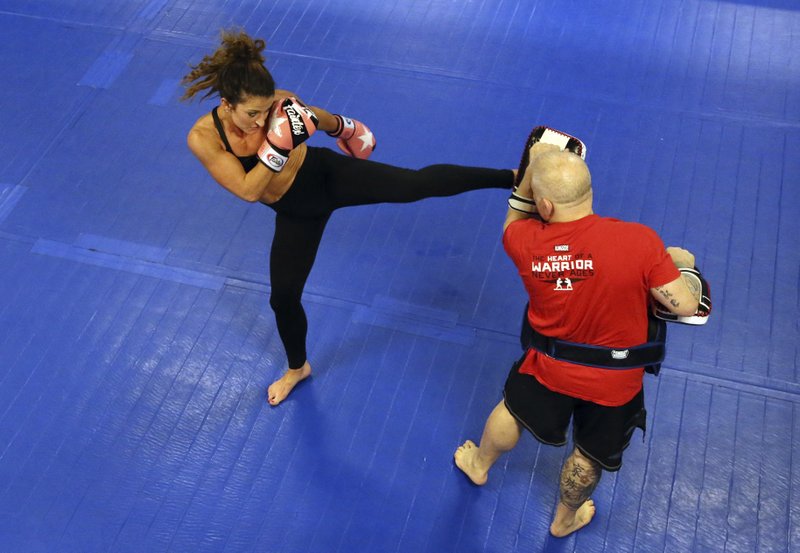 [Lizabeth Loud, 32, works out with her trainer, Shawn Graham, at the FAF Gym in Holbrook, Massachusetts. //photo Elise Amendola, AP]

Related bills have also been proposed this year in states including Pennsylvania, New Jersey and Massachusetts, where involuntary commitment has emerged as one of the more controversial parts of Republican Gov. Charlie Baker’s wide-ranging bill dealing with the opioid crisis.

Massachusetts already allows for judges to order people to undergo up to three months of involuntary treatment, but lawmakers are considering giving some medical professionals emergency authority to commit people for up to three days without a judge’s order.

The proposal is a critical stopgap for weekends and nights, when courts are closed, said Patrick Cronin, a director at the Northeast Addictions Treatment Center in Quincy, who credits his sobriety to his parents’ decision to have him involuntarily committed for heroin use almost 15 years ago.

But giving doctors the ability to hold people in need of treatment against their will, as Massachusetts lawmakers propose, will burden emergency rooms, which already detain people with psychiatric problems until they can be taken to a mental health center, said Dr. Melisa Lai-Becker, president of the Massachusetts College of Emergency Physicians, an advocacy group.

“We’ve got a crowded plane, and you’re asking the pilots to fly for days waiting for an open landing strip while also making sure they’re taking care of the passengers and forcibly restraining the rowdy ones,” Lai-Becker said. 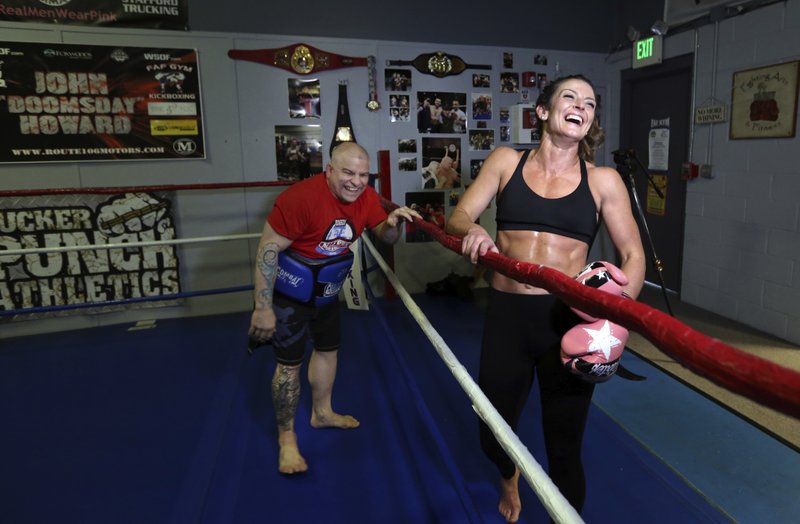 [Lizabeth Loud during a break with her trainer, Shawn Graham, at the FAF Gym in Holbrook, Massachusetts.]

Even without the state legislative efforts, use of involuntary commitment for drug addiction is rising, according to information the AP obtained from states that have historically used it the most.

In Kentucky, judges issued more than 200 orders of involuntary commitment for alcohol or drug abuse in the last calendar year, up from just five in 2004, according to court records. The state has so far reported nearly 100 such commitments this year.

But researchers caution there hasn’t been enough study on whether forced treatment is actually working. And many states don’t track whether people are being civilly committed multiple times, let alone whether they get sober for good, the AP found.

In Massachusetts, where fatal overdoses dropped for the first time in seven years in 2017, state public health officials don’t credit increased use of civil commitment, but rather better training for medical professionals, tighter regulations on painkillers, more treatment beds, wider distribution of the overdose reversal drug naloxone, and other initiatives. 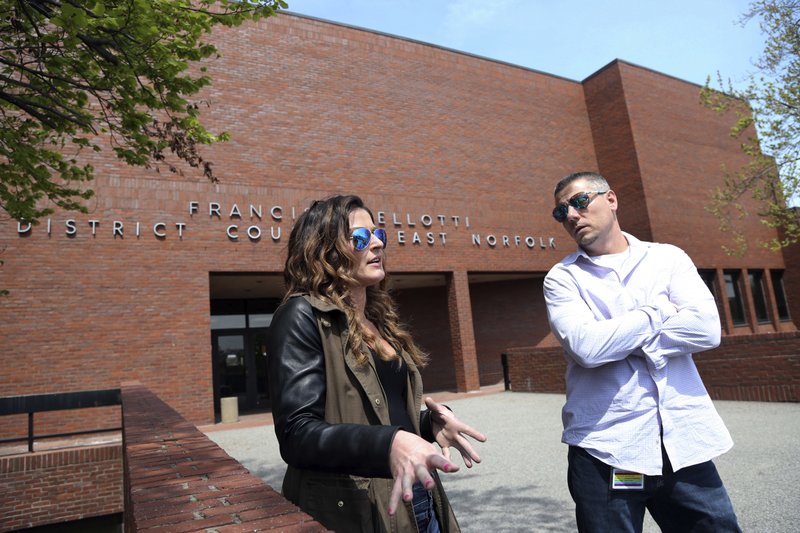 A review published in the International Journal of Drug Policy in 2016 found “little evidence” forced treatment was effective in promoting sobriety or reducing criminal recidivism.

Another 2016 study by Massachusetts’ Department of Public Health found the involuntarily committed were more than twice as likely to die of an opioid-related overdose than those who went voluntarily, but those findings shouldn’t be viewed as an indictment of the process, argues Health and Human Services office spokeswoman Elissa Snook.

“Patients who are committed for treatment are among the sickest, most complex and at the greatest risk for an overdose,” she said. “Involuntary commitment is an emergency intervention, to help individuals stay alive until they are capable of entering treatment voluntarily.”

Most states send the civilly committed to treatment facilities run or contracted by public health agencies. The costs generally fall on patients, their families or insurance providers.

Massachusetts stands out because, until recently, it sent those civilly committed for drug addiction to prisons. That decadeslong practice ended for women in 2016, but many men are still sent to the Massachusetts Alcohol and Substance Abuse Center, which is housed in a minimum-security prison in Plymouth, near Cape Cod.

Patients wear corrections-issued uniforms and submit to prison regulations like room searches and solitary confinement. They also aren’t given methadone or buprenorphine to help wean off heroin or other opioids, as they might in other treatment centers. 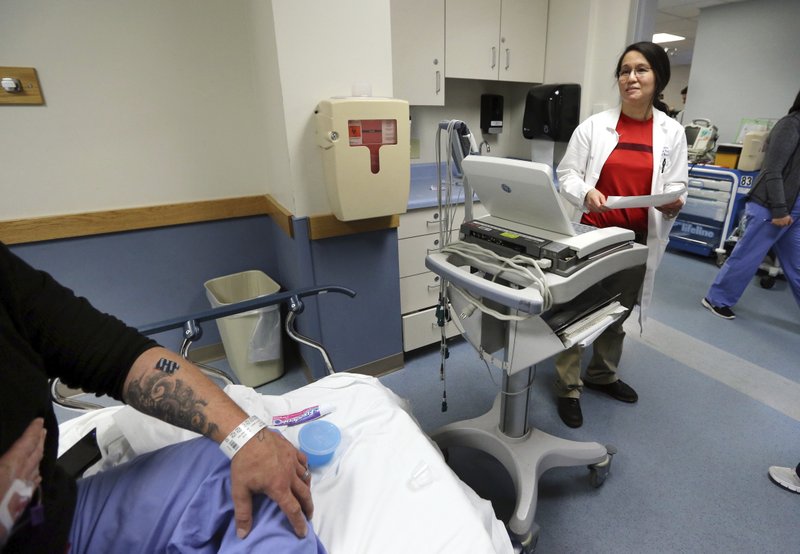 Michelle Wiley, whose 29-year-old son David McKinley killed himself there in September after he asked her to have him civilly committed for the third time, said she isn’t opposed to expanded use of the practice as long as those with addiction aren’t sent to places like Plymouth.

In the days before he hanged himself in his room, Wiley said, her son had complained to her about dirty conditions, poor food and not enough substance abuse counselors while he went through withdrawal.

“You think it’s going to be helpful until you hear what it’s like,” she said. “If I had to do it over, I wouldn’t send him to that place.”

As for Loud, the Massachusetts woman civilly committed while pregnant, she said she has found peace.

After briefly relapsing following her son’s birth, she has been sober for about a year and a half. She focuses her energies on raising her son, attending regular support meetings and pursuing a passion sidelined by her addiction: competitive Muay Thai fighting. Her fourth bout is in July.

Loud has also reconciled with her mother. The two now live together, along with her son.

“It took me a long time to understand what she was going through,” Loud said. “She was just trying to save her daughter.”—PHILIP MARCELO, AP