Cocaine is a medicine. Doctors can prescribe it.

Cocaine is Schedule II, which means the DEA admits it has healing properties. That's unlike marijuana, which is Schedule 1. (Most docs still won't recommend pot.)

Don't go making appointments, you fiends. The DEA keeps close watch on medical cocaine, so a doc could lose their license for slinging to their high school trip buddy.

But a liquid form of the dust is used as an anesthetic for nose and throat surgery. Its unique property is killing pain while constricting the blood vessels. This way, there's less bleeding.

Rings true. Kids rub it on their gums in bathroom stalls all the time.

Recommended dose: 3 milligrams per kilograms. In bathroom stalls, it's measured in keys, too!

Surgeons even use it on kids! Supposedly it works great. Keeps them healthy. Thank god we give medicinal cocaine to children. 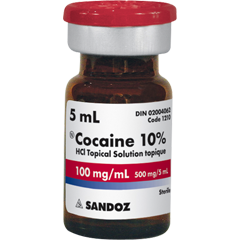 Medical cocaine was made for years by Sandoz, the same company Albert Hoffman worked at when he discovered LSD. Now it's also made by Pharmascience and Lannett, generic drug makers. (There's no patent on cocaine.)

It used to be as common as weed is now. Thomas Edison and Freud both dug it.

In 1900, pharmacies sold a gram of pure coke for 25 cents — about $10 today. Cocaine was one of the five best-selling pharmaceuticals that year.

But by 1902, a quarter million Americans were addicted — many of them doctors, dentists, and pharmacists.

Pretty much after that, cocaine got stomped on. Cocaine was removed from Coca-Cola in 1903.

And that sent us on the downward slide toward today, in which street flakes turned to baking powder.

For decades, though, you could still get in the pure, medicinal, powder form — if you knew a cool doc.

Keith Richards, The Rolling Stones guitarist who has done so much drugs he's been at the top of "Celebrities Most Likely to Die" lists for decades, had medical connects. He wrote in his autobiography, "Life," that their 1975 tour "was fueled by Merck cocaine." 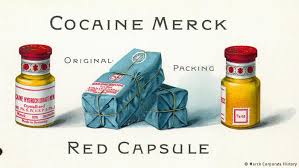 "We initiated the building of hideaways behind the speakers on the stage so that we could have lines between songs."

Was it better than regular coke? Keith's friend said in Keith's autobiography: “Pharmaceutical cocaine cannot be compared in any way to cocaine produced in Central or South America. It is pure, does not bring on depression or lethargy. A totally different type of euphoria, one of creativity, exists immediately when it is absorbed by the central nervous system. There are absolutely no withdrawal symptoms.”

Docs still can't prescribe marijuana — the feds say (wrongly) that it's not a medicine at all. Pharmacists can't get LSD from Walgreens — it's schedule I, too. Psychiatrists can't get the pharmacy to compound DMT.

But yeyo? Nose candy? Blow? It's right there in doc's prescription pad.