How the drug cartels will respond if Mexico legalizes all drugs

How the drug cartels will respond if Mexico legalizes all drugs

The Mexican cartels flourish because drugs are illegal. The Zetas, the New Generation and the Sinaloas have a monopoly on that market. And they use violence to keep that share.

So what happens if, suddenly, the market opens up? And anyone can move drugs?

Will the violence go down?

"On the subject of decriminalizing drugs, Andres Manuel told me, and I quote: 'Carte blanche. Whatever is necessary to restore peace in this country. Let's open up the debate,'" Sanchez Cordero said. The university audience she was talking to broke out into applause. 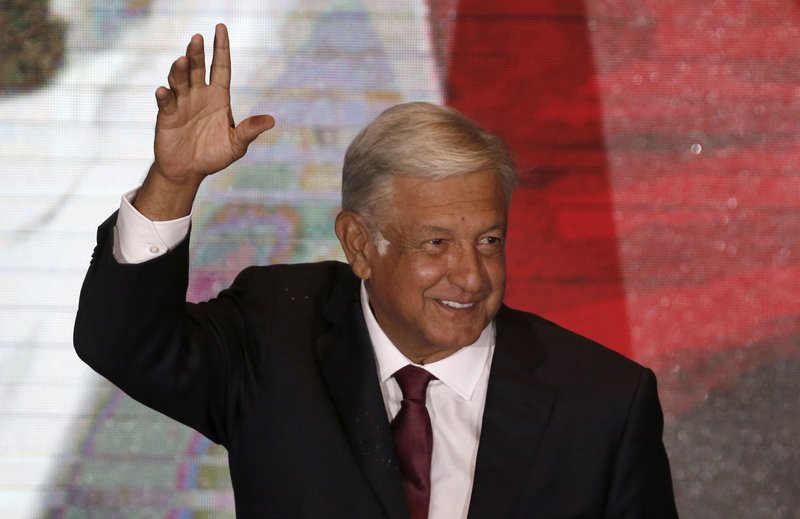 [The incoming president of Mexico, Andres Manuel Lopez Obrador, is open to the idea of legalizing all drugs. //photo Marco Ugarte, AP]

They're thinking about legalizing everything because no country has ever been so decimated by the War on Drugs. Since the Mexican government sent the military after the drug cartels in 2006, about 200,000 people have been whacked, whomped, tromped or beheaded in a bloodbath. This year, 30,000 murders are expected. The cartels are cutting out the hearts of living people. This is Aztec, ISIS, Medieval stuff.

These are strong organizations.

The cartels have also beefed up their protection rackets, basically extorting money from regular folks in exchange for not murdering them.

And some cartels are moving past narcotics into oil, thieving from pipelines. And one ran an iron ore mine.

All these trades use violence as a business tool, not just the drug trade. Violence is a public relations tactics, a strategy of human resources. With cartels so pervasive, there's often a thin line between cartel member and legitimate private citizen. And less of a moral prohibition on using violence to pursue your interests.

For this reason, a Mexican drug official told Foreign Policy magazine that legalizing all drugs would have "little effect."

"They are extorting from the people at levels that are incredibly high — from the rich, from businesses," Antonio Mazzitelli said.

The cartels are now "territorial overlords," acting as "shadow governments" over their zones of influence — known as their Plazas — with taxes and regulations and control over the politicians, Foreign Policy said.

"I've never looked at them as drug-trafficking organizations," Samuel Logan, head of a security consulting firm called Southern Pulse, told Al Jazeera America. "They're multinational corporations that will react to market pressures and do what they have to do to stay in business."

Plus, if anyone tries to sell drugs who isn't a member of a cartel — even if it's legal for them to sell it — the cartels will probably just kill them.

Most analysts say that legalizing drugs could eventually lead to reduction in violence, in the same way that America's mob that sprung up during prohibition eventually fizzled out decades later.

But it won't go away quickly.

It's like when Walter White on Breaking Bad was asked whether he was "in the meth business or the money business," White replied, "I'm in the empire business."

[cover photo: Mexican drug lord "El Licenciado" was one of the heads of the Sinaloa drug cartel captured by Mexican authorities, along with "El Chapo" Guzman. But these arrests may have only made violence worse, by creating space for ambitious youngsters like "El Mencho." Could legalizing drugs stanch Mexico's bleeding? Photo via AP.]