NEW YORK (AP) — If you see Imagine Dragons lead singer Dan Reynolds out in public and you think he’s ignoring you — he isn’t, he’s just trying to stay ready for his live concerts.

“I’ll wear a sign typically that says ‘vocal silence,’ then like a frowny face, and I’ll put that on anytime that I have a day off,” said the 30-year-old rocker, whose band kicked off the second leg of its Evolve World Tour this week.

“Two-hour shows that many days a week is just intense. Intense.”

The Grammy-winning quartet is known for their powerful live performances, with Reynolds working the entire stage with full energy during hits like “Radioactive” and “Believer.”

“It’s just like being a professional athlete, except for your voice. You have to take it that seriously at this level. I don’t know how artists maintain (themselves) on the road and live an unhealthy lifestyle. Actually they don’t. Those are the bands I think that break up, they cancel a lot of show dates, or they just sound really bad live,” he said. “I don’t want any of those options.”

He said his band has “cancelled, I think, one show in our career and we’ve played thousands and thousands of shows.”

Reynolds breaks down what he does to stay healthy and fit on the road and discusses how tour life has changed since Imagine Dragons started performing shows together a decade ago.
-----

Reynolds could easily afford a personal chef while on the road — but it would be a waste of money: His diet is super basic and doesn’t change. 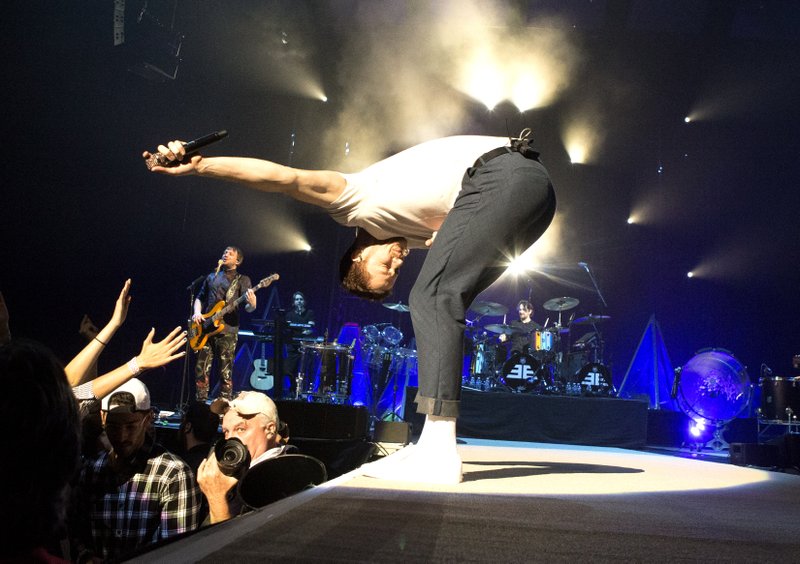 He’ll have oatmeal and eggs for breakfast, while lunch and dinner could range from chicken, fish or lamb, along with brown rice, vegetables or sweet potatoes. He cuts out all sugar, bread and dairy.

Reynolds says he’ll eat every 90 minutes until about three-to-four hours before he hits the stage because he prefers to sing on an empty stomach.

“That gives me a lot more to pull from, so you’re not burping onstage and you’re not having any acid reflux or anything,” he said.

Now a personal trainer is something Reynolds needs on the road.

Part of the reason for that is because the singer has ankylosing spondylitis, a form of arthritis that causes inflammation of the spinal joints that can lead to severe, chronic pain and discomfort.

“One of the best ways to thwart it off without taking immunosuppressants is to really get your blood flowing through your whole body and all your joints every single day. You have to be really active, long story short,” he explained. 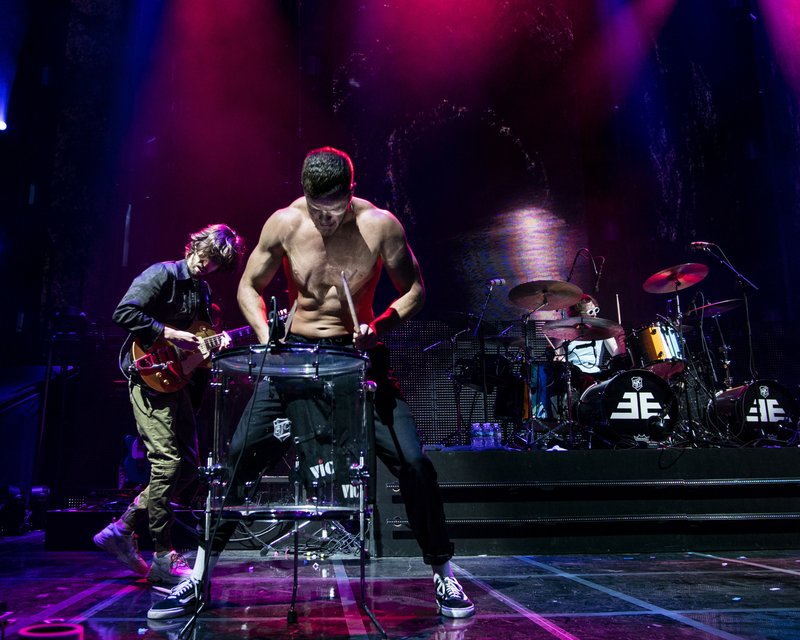 “A two-hour show every night, it’s not enough for me to keep the inflammation at bay. Really what does that is a lot of power lifting, a lot of Olympic lifting, so that’s really what I’m focused on with my trainer,” he added.

Reynolds says he also works out daily “for my mental sanity; just because it keeps me happy.”
-----

When Beyonce slayed at Coachella this year, some noted that she performed for nearly two hours with a single drop of water.

But Reynolds said that may have been on purpose.

“Even though that might sound like ... she couldn’t find time for it, it also very well may be a conscious choice just as a singer,” he said. “For instance, if you’re drinking too much water, your diaphragm, it makes it harder to sing. It’s kind of an old wives’ tale that you need to drink water when you’re singing to sound better.”

However, before shows Reynolds says he drinks lots of water — about a gallon a day — which helps him when he’s not taking water breaks during his shows.

Keeping his voice strong is his priority.

“You have to really maintain a strict regimen,” he said. “Especially when what you’re singing requires a lot of power and air, which Imagine Dragons songs definitely do.”
-----

When Imagine Dragons first hit the road as a band, they didn’t even have a tour bus — they used their own car. That’s why, now, it’s OK for the group to splurge on a fancy tour bus.

“When we started it was our own car, a Subaru and then upgraded — we bought an airport shuttle vehicle. We built a little bed into the back of that and we’d all take turns sleeping in that,” he recalled.

“And that upgraded to a sprinter van, and then from there it went to a real (expletive) bus ... just really bumpy, the bare minimum, you have a couple bunks and that’s it,” he added.

He says now “we try to get the top-class tour bus because that’s your home so you try to make the best of it.”

Their current bus is decked out with a kitchenette and a living room, though Reynolds said “you spend such little time in a tour bus.” 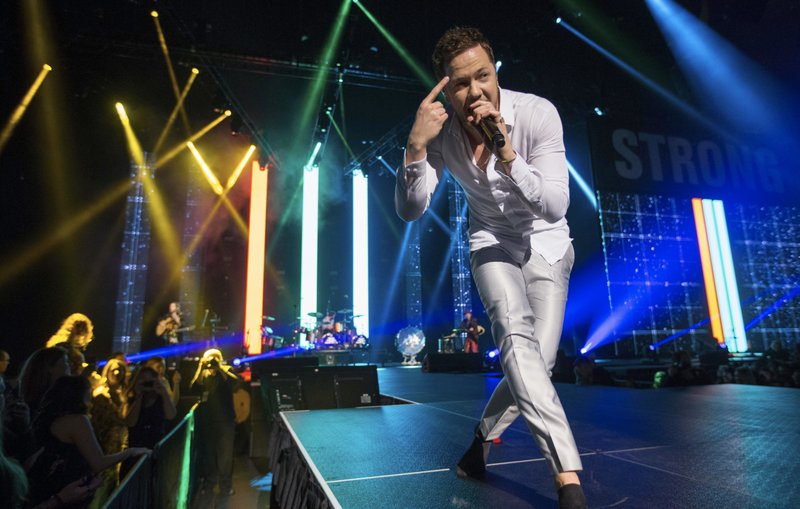 “Every day we try to get out of the tour bus as quick as we can to hit the town to kind of see what’s around you, and breathe a little fresh air,” he said.

Compared to flying, the bus is convenient when Reynolds’ three young daughters join him on the road.