Six years ago, I hit the open road with little to my name. Like millions of other young men navigating their formidable years, Jack Kerouac’s "On the Road" had blown my idealistic mind. It was why I went. Because of it, I wanted to see an America that wasn’t in the headlines, an America poets like Whitman wrote of. A stunning landscape of endless self-exploration. So I decided to hitchhike across America to crack open life's possibilities.

When I told people I was going to use my thumb as a means to travel around the western U.S., they looked at me like I’d finally lost it.

They said I’d get murdered. Sodomized by sadistic truckers on the prowl. I knew they were just speaking to their own fears, the ones Hollywood gave them. If I submitted my will, the universe would guide me aright.

Armed with a rucksack, sleeping bag, tent, and a Batman front-pack, I hopped out of my friend’s car an hour west of Yosemite only to watch him disappear into the shimmering distance. I stood alone with rows of pistachio trees, the California sunshine, and my trusty thumb.

Two hours later, I still had no ride. I felt like a jackass. I figured I'd overestimated my capabilities and was close to giving up, lest I wind up crying in some ditch on the side of the road. 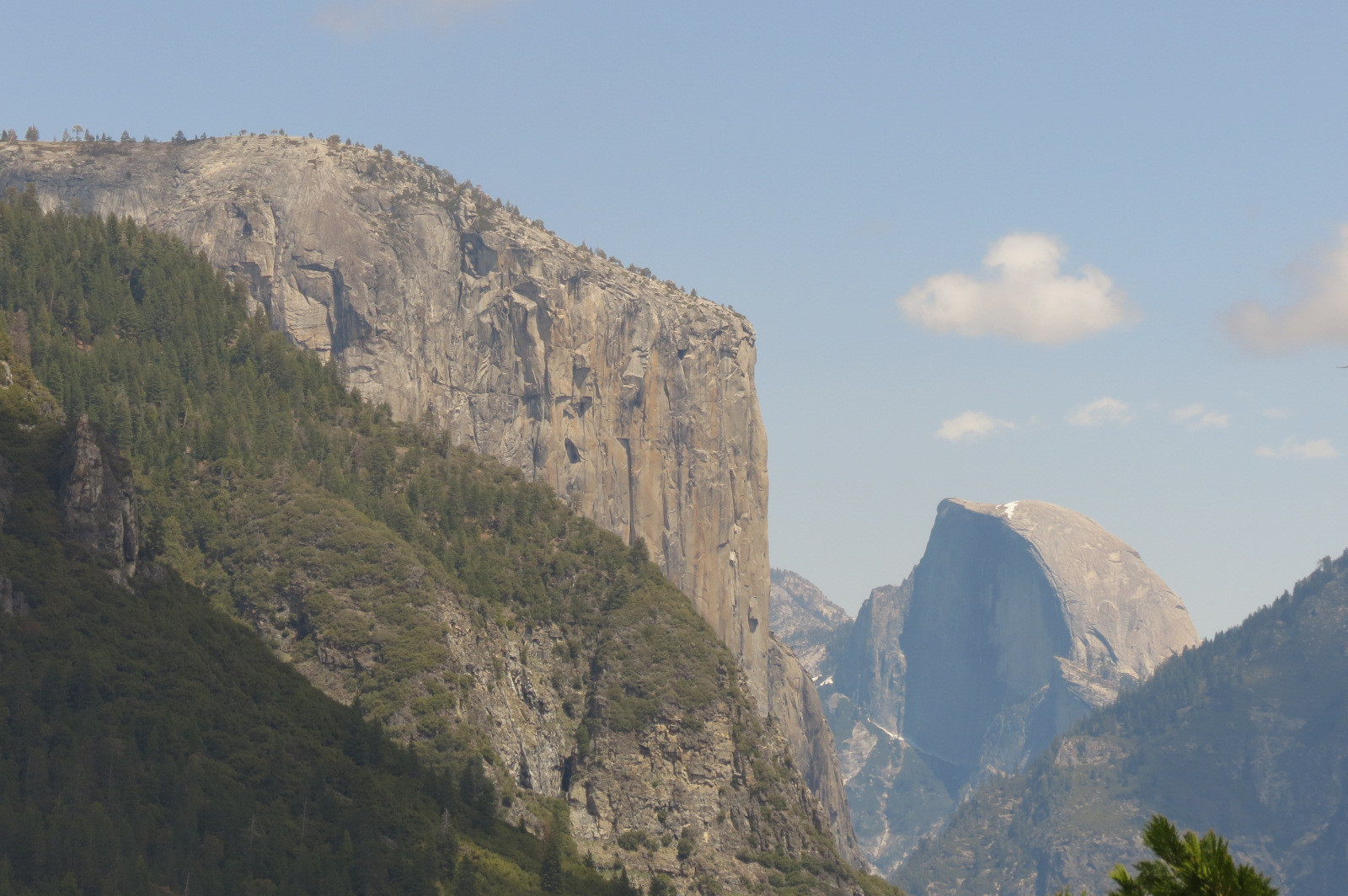 Suddenly, an SUV skidded onto the gravel shoulder. I hopped in. My first lift was a balding driver who immediately started screaming.

He drove me 10 miles. The whole time, he went on about fishing and engineering, slapping his steering wheel and declaring the supremacy of the Kelvin scale. He dropped me at a crossroads. We said our goodbyes. I stuck out my thumb, and the next car stopped.

A quiet old Asian man picked me up and drove me two hours through placid lakes and lush expanses. He spoke of an idyllic American past, a past that was fading away. He too dropped me off on a random shoulder, as many more would after him.

Like the trans driver who picked me up next and offered McDonald's chicken nuggets as we drove. I declined. She proceeded to compliment my arms and rub my knee. I considered the tuck and roll, but we were cruising at 75 — and we were heading to the Bay Area, so it seemed fitting. She was a nice person, I just wasn’t into her beard.

She dropped me in Palo Alto, where an old friend studying at Stanford offered me her couch for the night. I slept peacefully, dreaming vividly of San Francisco and the many wild tales to come.

One of my most used tips was that you always catch rides on on-ramps. Period. Cars aren’t going fast, you can make eye contact, and the driver has a moment to think, “Do I want to?”

I’d learned this from a hitcher I picked up before my own departure, a smelly fellow who instantly ejected my CD, popped in his “Flower Power” mixtape, and then passed out. He told me he’d been up three nights straight on meth and acid. In his lucid moments, he told me he sleeps in the woods, or simply on grassy patches beside the highway.

Friends can also be of great service if you’re fortunate to have them. By chance, some old college friends of mine — who also happened to be vagabonding — picked me up in their RV. We drove around for two weeks, experiencing unreal adventures spanning the foggy black-sand shores of the Lost Coast to the snowy heights of Crater Lake — culminating in a visit to the Sasquatch Music Festival.

There we watched Jack White and Explosions in the Sky shred the fabric of the universe over the Columbia River Gorge. After, I hitched my way up Whidbey Island in Washington.

There, a military sergeant dropped me at Deception Pass. I walked across the 1,487 ft-long bridge over Puget Sound at sunset. In the crimson distance, three bald eagles rode thermals over the undulating waves of the Strait of Juan de Fuca.

Two more crucial lessons were learned on this trip. One time, across the Puget Sound bridge, a Mexican couple in a hooptie van drove me to an Indian casino, where I won 30 bucks on slots. Take your winnings and run, don’t let the house win.

Though when I left the casino, it was dark, and I was forced to walk along a treacherous highway shoulder for miles before remembering Mr. Flower Power’s advice — I pitched my tent in the grass off the road.

It got cold. Fast.

Always prepare for the weather. I spent the night huddled like a frightened child, cursing myself for buying such a cheap sleeping bag, lonelier than I’d ever known. When a subtle glow spread across the sky, I trudged to an on-ramp a mile ahead. For an hour I stood shivering, until a man finally stopped because he pitied me so bad. He dropped me in the nearby town of Mount Vernon and left me saying, “God loves you.”

I didn’t think I believed in his God, but each passing day made me more certain something beyond me had my back.

My first ride in Washington came from a portly guy with a gray ponytail who spoke in a largely indecipherable growl. He offered me a nearly-finished joint before explaining how dumb it is to hitch in Washington — it’s illegal.

He drove me to his small farm and offered me his camper for the night. Before I could agree, he was pouring us both stiff whiskeys. We drank several, and he took out an atlas and charted my course forward. We drank more, this time Busch in his barn while launching darts at a wooden wall. I couldn’t understand a word he said, but I agreed with everything anyway.

Ending the night, he hopped in his car, backed up … and ran over his mailbox. Without missing a step, he set me up for a warm night of blissful rest.

The next morning, the portly man dropped me in Aberdeen, birthplace of Kurt Cobain. Stranded for hours, I saw a cop approaching. He passed, stopped, and doubled back. I figured my time had come to experience jail.

The cop rolled down his window and said, “Need a lift?”

Reluctantly, I hopped in back. I told him stories of my journey as he drove me over bridges, laughing at my absurd tales. He dropped me beside a thick forest without issue.

In fact, this was my second run-in with the cops. The first took place a few days before.

I’d met an amazing woman dancing on top of a bus at a street festival in Portland. We moved through the city night in unified inspiration, pausing on someone’s stoop to do breathing exercises — an act that caused an excited couple to run over, join us, and over beers, suggest we all return to their place and get naked.

The woman and I opted to return to her condo. A romance bloomed, and a few days later, we drove to Astoria, where we visited the house from The Goonies — two bald eagles roosted proudly above it — later following signs to a park along the Columbia River.

We set up her tent where we knew we weren’t supposed to. We made a fire, smoked pot, drank wine, and strummed my guitar. In her tent, we were interrupted by a light beaming through the fabric. I peeked out to see a cop approaching.

“Why are you doing that?”

“Because this place is perfect and I’m enjoying the company of a really amazing woman.”

She peeked out and smiled at him. He nodded, looked at me, and said, “Be gone at sunrise.”

He tipped his cap, said, “Have a nice night,” and left us alone. We laughed until we fell asleep, and in the morning, we parted ways with a loving embrace.

Days later, at a gas station, I met a wild man guzzling Monster energy drinks in his pickup. This time, it was just like Hollywood.

“Wooo! Hop in brother!” he cried, and then drove me 200 miles east, never once pausing in his antics. He shared with me his life story of adventures and arrests and familial love; he kept thanking me. He was traveling to North Dakota for masonry work, cause jobs were few in Spokane, and in the sadness of leaving his family for months, he said my company meant the world to him.

He bought me a sandwich, drove to a meeting of Interstates, and before I realized what was happening, he’d stuffed my Batman front-pack with Monster and dropped me on the shoulder and sped away.

In the middle of nowhere Montana, cars screamed by at 95. Faces were no more than a blur.

My canteen was empty. My bags were heavy. The brutal sun was burning my pasty skin, and I cursed my fortune, feeling for the first time since those California pistachio trees I was a fool for coming out here, bound for a forgotten ditch. I blamed the wild man leaving me here for my woes.

I trudged east for miles. The vast landscape warbled. I counted the moments I felt I had till my legs gave out. Then, like a mirage, a pickup pulled to the shoulder a hundred yards ahead.

In the passenger’s seat sat a rifle. The large Native American driver tossed it to the back, gulped a Mike’s Hard Lemonade, and told me not to murder him. I told him he was saving my ass.

Driving east, he shared stories of his tribe, the Crow, and pointed to beige hills in the distance.

I would’ve thought they were just hills.

He took me to the next onramp in Lodge Grass — over 50 miles from where I’d been stranded — and when he dropped me, he got out of the car and told me to close my eyes. He lit braided sweetgrass and mumbled prayers as he smudged the smoke over my tired body. We hugged a strong, brotherly hug, and he bid me farewell.

Sitting on the grass, humbled, I got out the leftovers of the sandwich the wild man had bought me. From the bag fell three $20 bills.

He hadn’t told me he put them there. He hadn’t given me his number so I could thank him. He was broke, traveling across half the country for work, and he’d given me everything he had.

Emboldened with gratitude, I reentered the highway shoulder at dusk and bore my Batman bag proudly. Within minutes, a car stopped. He wasn’t heading to Madison, where I wanted to go. He was heading to Texas, passing through Denver, where good friends of mine lived. I hopped in. As we rode 500 miles through the depths of the night, we ripped cigarettes and spoke of our absolute certainty of a spiritual dimension to reality as that dimension unfolded around us, and encased us, and became us.

Six years have passed since these experiences. There are ten thousand more stories to tell, lessons to share, synchronicities to honor. In the end, however, it’s not about me. It’s about the people, those mentioned and those immortalized in memory: the street musicians I busked with in the San Francisco night; the Canadians who gave me their coats in the cold Sasquatch evening; the crazy cats guiding me through the rooftops of Denver, and the Spanish women we danced with until the bars closed. Nothing I write can honor them as they deserve.

People are so much better than we often give them credit for. 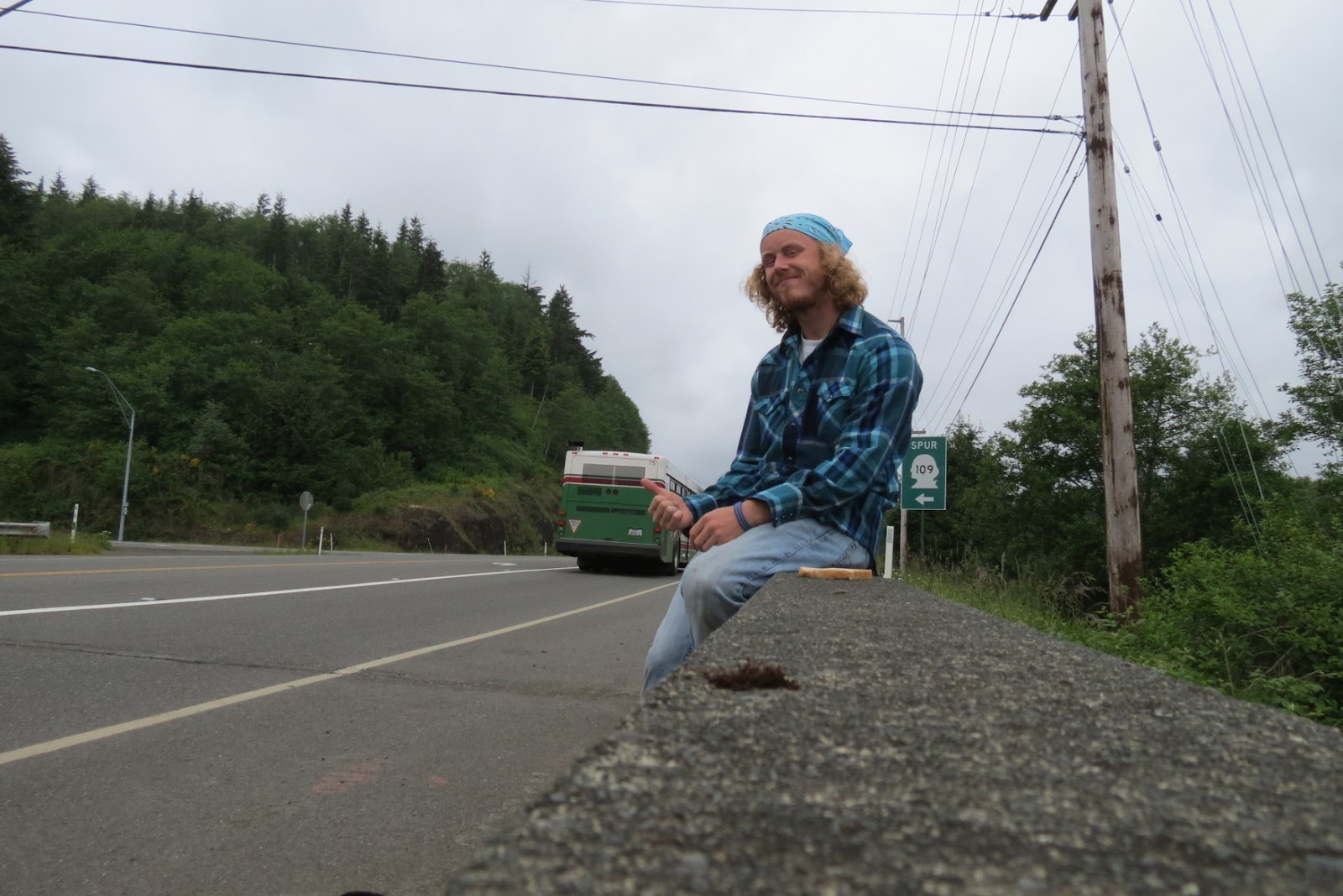 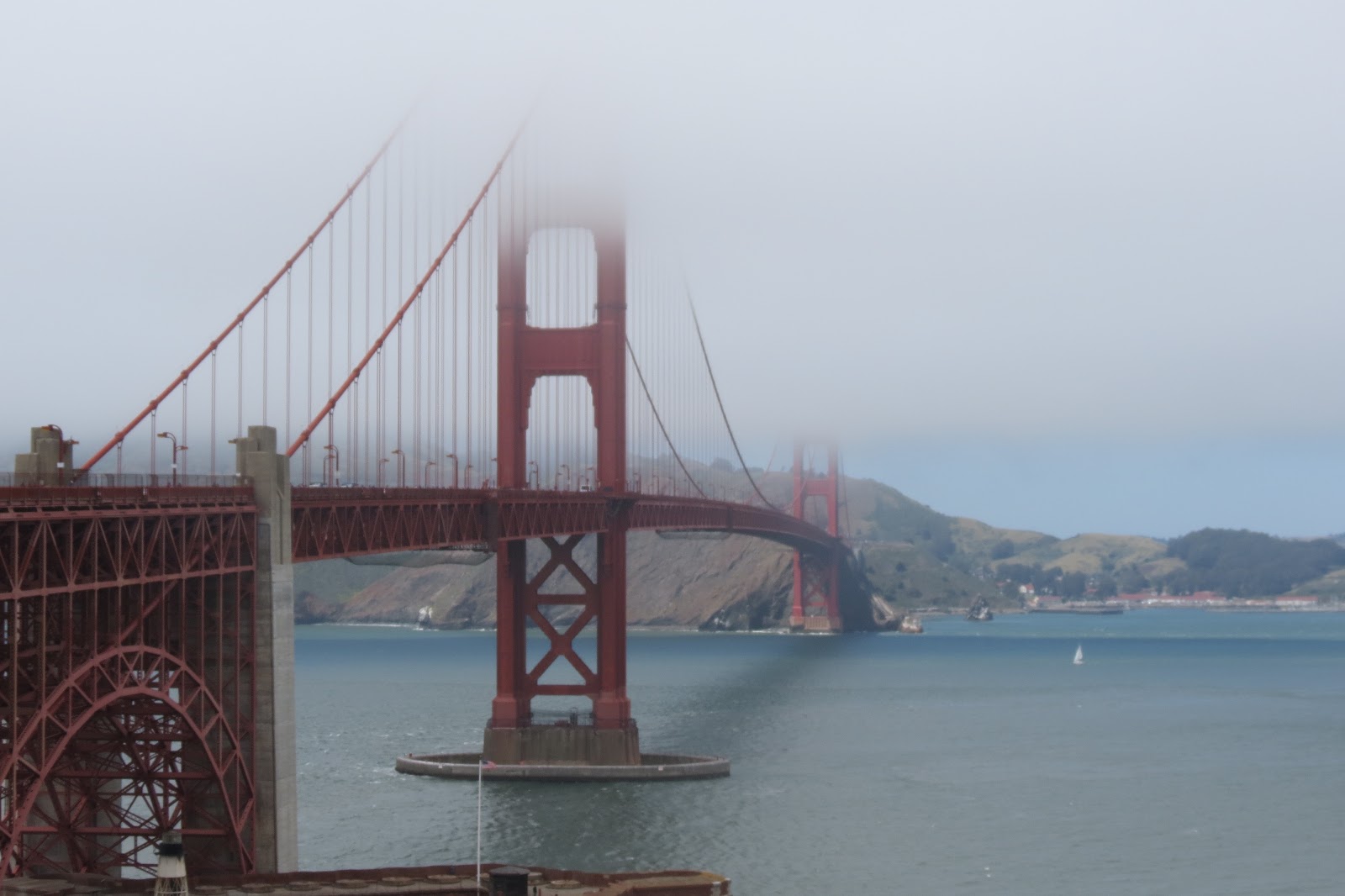 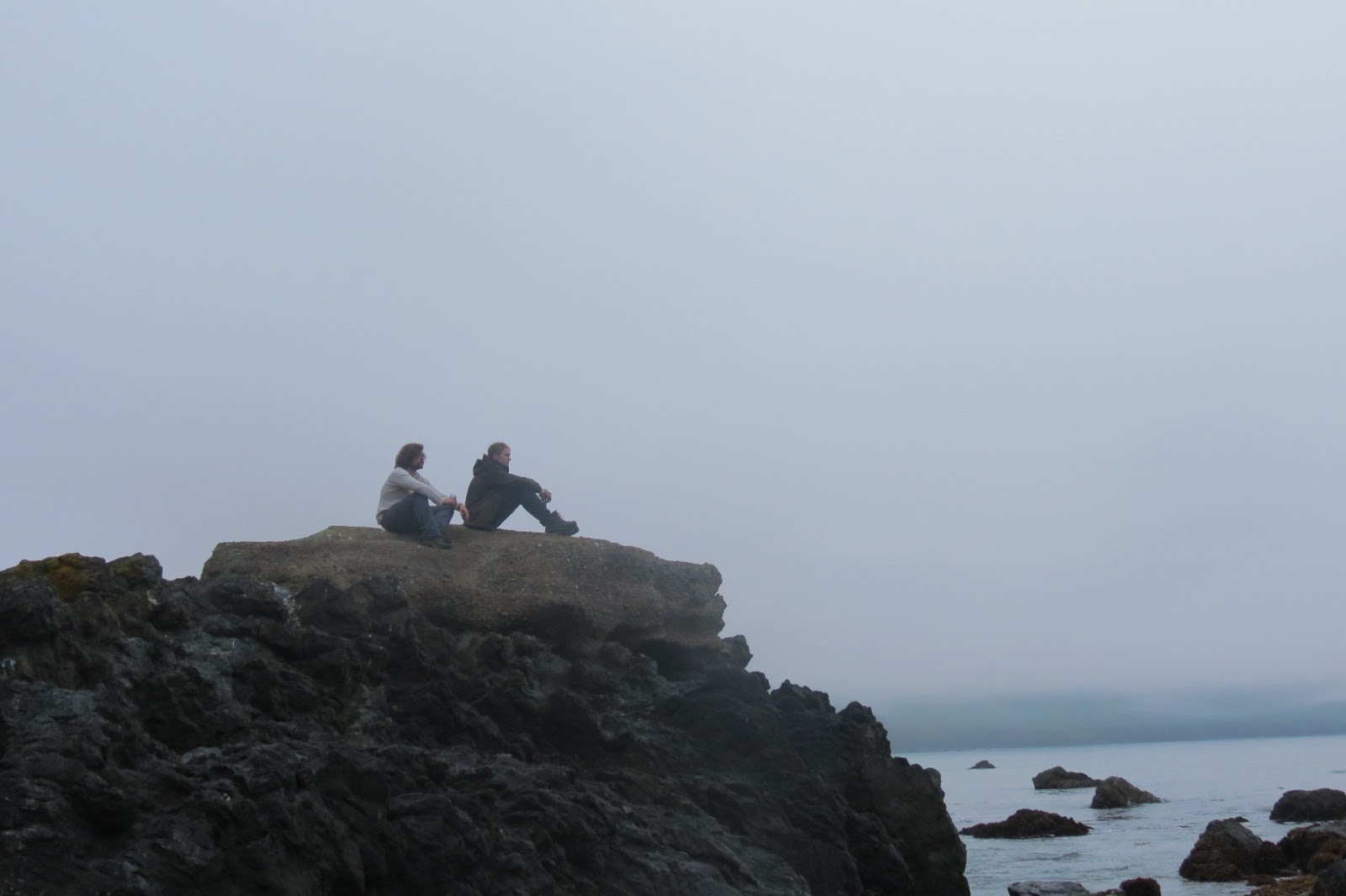 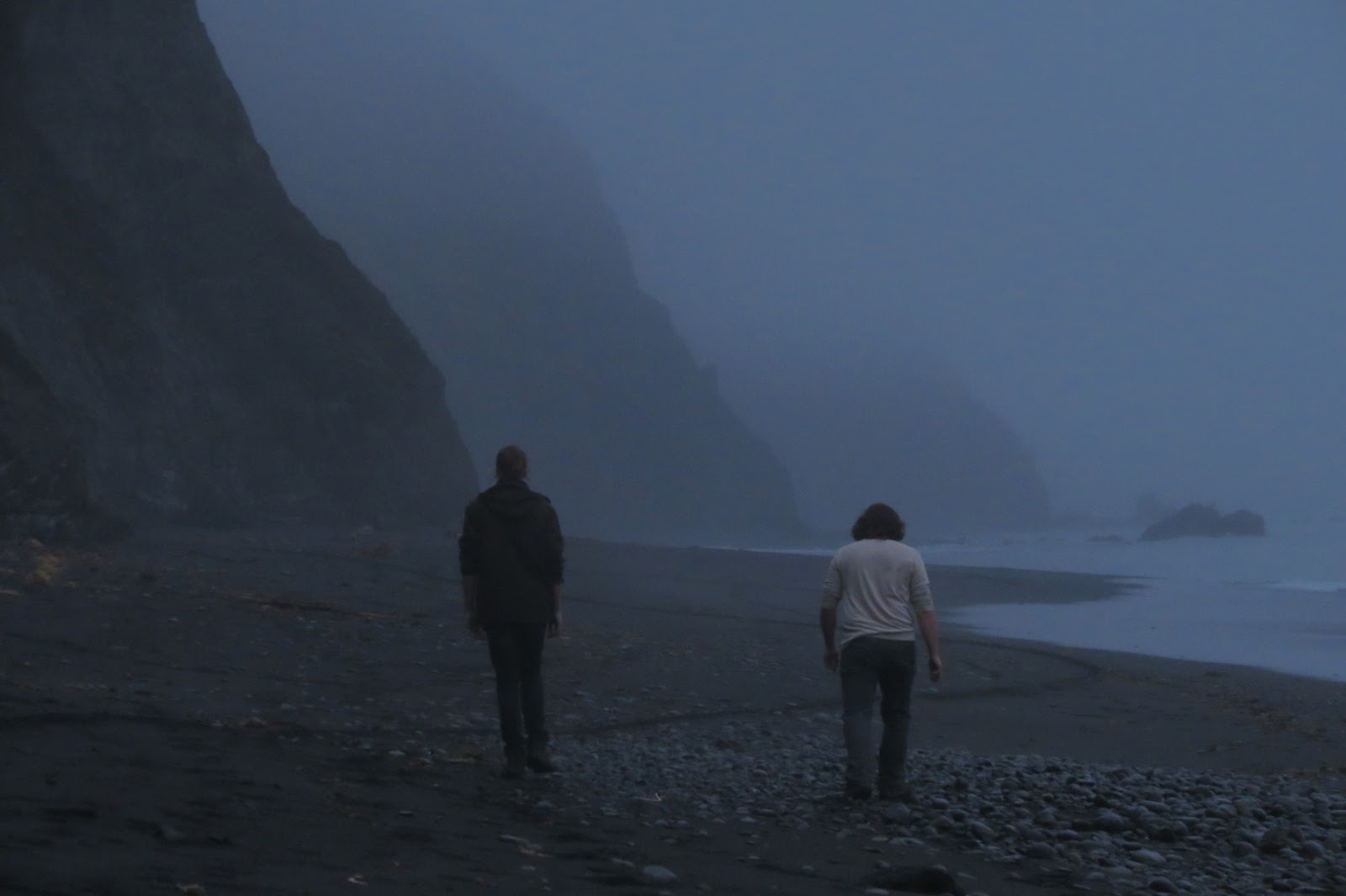 [all photos provided by the author]