September 20 is not a big holiday. You don't get the day off school to lie in a field gazing at clouds that look exactly like Dumbledore, you don't get presents under the tree from the machine elves, and you don't go door to door singing carols ... er ... Shpongle songs — yet.

But mushrooms are kinda big now. Psilocybin mushrooms are being studied in labs and written about in books and might, before long, become a prescription medicine and legal for recreation in some places.

These fungi just need a holiday.

"The same way that 420 became a signpost to cannabis liberation, 920 has the potential to do the same for mushrooms," Eric Osborne, who runs psilocybin retreats in Jamaica, where psilocybin is not illegal, said. He's holding a special session for 9/20 in Jamaica to celebrate.

Gatherings are happening all over. In Portland, the grand duke of mycology, Paul Stamets, gives a talk. In Denver, the group pushing for shroom legalization chills with the group planning to use psilocybin with dying patients.

If you've never heard of 920, it's because it needs time to get famous. After all, a guy named Nicholas Reville invented 920 out of thin air just four years ago, as a way to brand mushrooms and keep them in the public mind. Sort of how the dairy industry invented National Ice Cream Day. 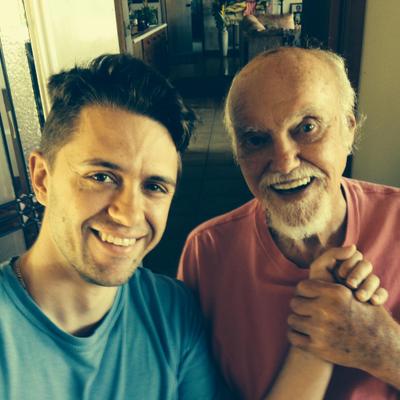 * Mushrooms tend to bloom in September.

* Nine-twenty in the morning is an ideal time to dose. Colors are vibrant in daytime. After your five hour trip, you'll be down long before bed.

Reville founded the 920 Coalition to promote the day. The website lists "10 fun ways to celebrate mushroom day," including potlucks and campfires (but not, oddly, "take mushrooms"). The site lists eight gatherings, from Iceland to France, Estonia to Berkeley. But there are other events out in the world not listed: shrooms are more illegal than cocaine, so folks trip in secret.

Braver brain-navigators are open about their use.

"It's a day to celebrate," said Teresa Egbert, a Coloradan who's studying the biology of mushrooms in college. She said she plans to eat a low dose after class. Nine-twenty, she said, is "a way to get the word out and kind of normalize it, like cannabis."

However, 9/20 might not end up on Google Calendars anytime soon. Stoners aren't joiners.

"It's a joke, dude. It's bogus as hell," said A.L., a guy who paid for college growing pounds of mushrooms in his closet, and decades later still trips. "Nobody's gonna do it."

Tripping is not a group thing, scoffed A.L., who asked that his real name not be used due to decades of massive levels of rampant criminality.

Other drug days have history, he noted. The phrase "4:20" started in a high school park and became a shibboleth whispered at Grateful Dead shows. April 19, Bicycle Day, commemorates the first acid trip. The day for marijuana concentrates and oils, July 10, or 710, is "OIL" upside down.

A.L. suggested a different date for mushrooms. Maybe the Fourth of July or a few days before Christmas — days with lights to look at. "If you're gonna pick an arbitrary day, make it a good one — or, I guess it wouldn't be arbitrary in that case, so maybe they have a point," A.L. said.

A.L. admits he's a curmudgeon; mushroom evangelists will ignore grumbles and run wild with 9/20. It's a calling.

"All of us who understand the power and potential of psilocybin owe it to these living things, to the indigenous who were murdered in part for their use of psychedelics, and we owe it to the millions of people who can benefit from this therapy," texted Osborne, the mushroom retreat leader. "Not to mention is it our civil and human right to have access to safe natural therapies as well as our own cognitive liberty."

The head of the Denver Psychedelic Club, Joey Gallagher, who's giving a talk on set and setting in the Denver Circus Collective, isn't a 920 doubter.

Everything important needs a holiday, these shroomers said.

If you don't believe us, note that September 20 is also National Pepperoni Pizza Day, National Fruit Punch Day and National Queso Day. And pizza and queso are beloved and everywhere.

Someday, maybe magic mushrooms will be, too.