Virtually unheard of 3 years ago, fentanyl is this generation's Black Plague

Virtually unheard of 3 years ago, fentanyl is this generation's Black Plague

Fentanyl, an opioid that is 50 times more powerful than heroin, has spread through the country like the kind of black plague you thought ended with the Middle Ages. The drug slaughters men, women and children — and if it has its way, it'll kill cops and their canines, too.

Just in the news this week, it was reported that it has:

Fentanyl was practically unheard of three years ago. Heroin is the prototypical killer — the devil we know. But around 2015, fent overtook heroin, and is now the gruesomest molecular demon in this current three-act Opioid Crisis tragedy. In 10 states during the second half of 2016, the drug was found in the majority of overdosed corpses. 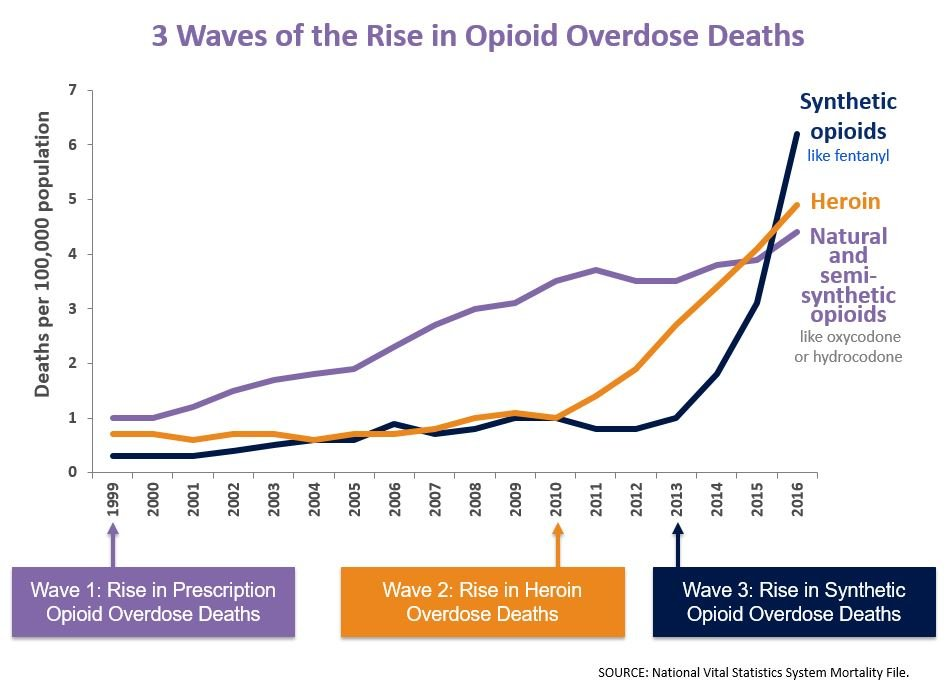 It's metastasizing because fentanyl is a chemical cancer for a globalized world. Synthetic, super concentrated, and relatively easy to make in secret labs in Asia or Mexico, it's shipped to the U.S. and Europe by the plain old postal system; destruction with a zip code on it.

Some of that gets stopped. From NPR:

U.S. Customs and Border Protection's Office of Field Operations says it seized 951 pounds of fentanyl in fiscal year 2017, more than double the year prior.

It's not slowing down.

Already, the agency says it's seized almost as much — 934 pounds — in just the first six months of the 2018 fiscal year.

But if that's how much they're catching, imagine how much of this vile stuff is slithering through.

It could get worse before it gets better. How long before some deranged loser loads fentanyl into a drone and flies it over a football stadium, or pulls some other terroristic act that suggests we really are living in end times?

The drug has its legitimate uses. As a side job, I'm an EMT on an ambulance responding to 911 calls. We carry fent; it kills pain. But on the ambulance, we're using it less and at lower doses. We've learning how deep it sinks its addictive fangs — even with just one use — and nobody wants patients leaving the hospital with a drug dependency. Ketamine, which is much less addictive, is being used more and more.

For now, fent is the curse we've been given as a nation. And it's not over yet, folks.