Meet Sombra, the cocaine-sniffing police dog with a bounty on her head

Meet Sombra, the cocaine-sniffing police dog with a bounty on her head

BOGOTA, Colombia (AP) — This is the story of a drug dog with a bounty on its head.

But as the dog sniffs her way toward record cocaine interdictions, she has also become the latest target of Colombia’s most powerful drug gang.

Colombian police recently revealed that the Gulf Clan, a cartel that boasts its own guerrilla army, has offered a reward of $7,000 to whoever kills or captures the savvy hound.

The threat prompted officials to relocate Sombra — whose name in Spanish means Shadow — from a busy port on Colombia’s Caribbean coast to the capital city, where she now uses her extraordinary talent to sniff through suspicious cargo at Bogota’s El Dorado International Airport. 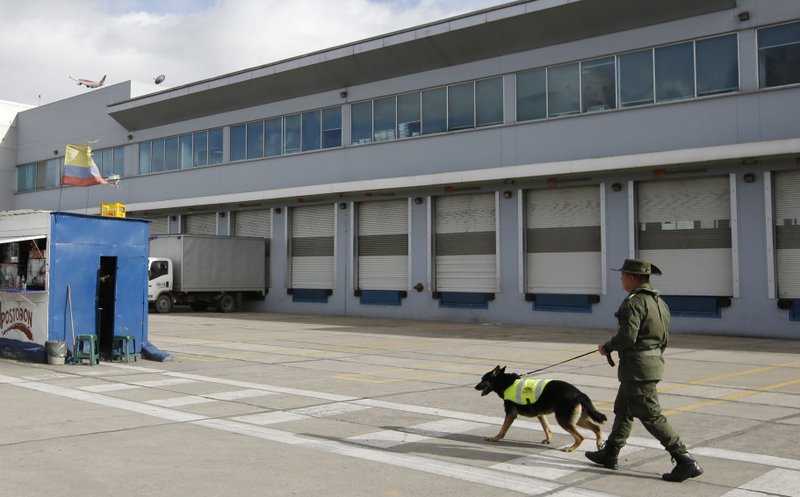 After her six hour shift is over, Sombra is transported in a van with tinted windows back to her kennel. She is usually accompanied by two armed guards.

“We are responsible for her safety,” said officer Jose Rojas, Sombra’s 25-year-old handler.

Sombra’s detective work is needed now more than ever as Colombia wrestles with soaring coca production that is testing traditionally close relations with the United States. A recent White House report found the amount of land where peasants and drug traffickers harvest the plant used to make cocaine rose 11 percent in 2017, despite $10 billion in U.S. counter-narcotics work.

“President Trump’s message to Colombia is clear: The record growth in cocaine production must be reversed,” warned Jim Carroll, deputy director for the drug policy office.

President-elect Ivan Duque is promising a tougher approach to speed up eradication with strategies that could include aerial spraying and the use of drones. But even with advanced technology, experts say on-the-ground detective work like that performed by Sombra is critical.

Some of Sombra’s recent busts include uncovering over five tons of Gulf Clan cocaine destined for Europe and concealed in crates of bananas. Officers also credit her incredible nose with more than 245 drug-related arrests at two of Colombia’s biggest international airports.

“Her sense of smell is far beyond that of other dogs,” Rojas said. 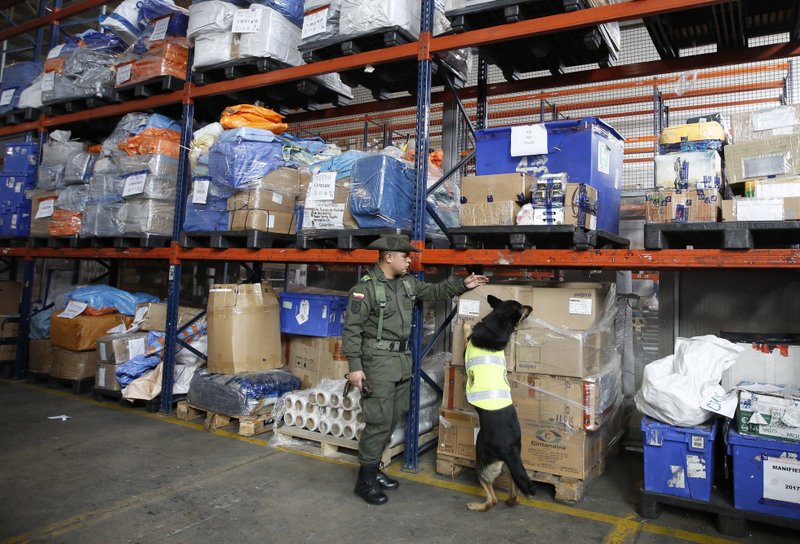 Drug cartels like the Gulf Clan have taken note.

After learning there was a price on Sombra’s head, Colombia’s national police director ordered her to be transferred to a new post earlier this year, according to local news reports. Investigators uncovered the threat against Sombra through an intercepted phone call.

“Sombra the German shepherd has become the terror of criminal organizations,” a recent story in Colombia’s El Espectador newspaper proclaimed.

On a typical day, Sombra is up by 6 a.m. and shuttled from a kennel to work at El Dorado airport inspecting packages and cargo. With her neon reflective vest, pointy ears and gaping mouth, she looks more like a beloved family pet than a veteran drug-sniffing police dog. 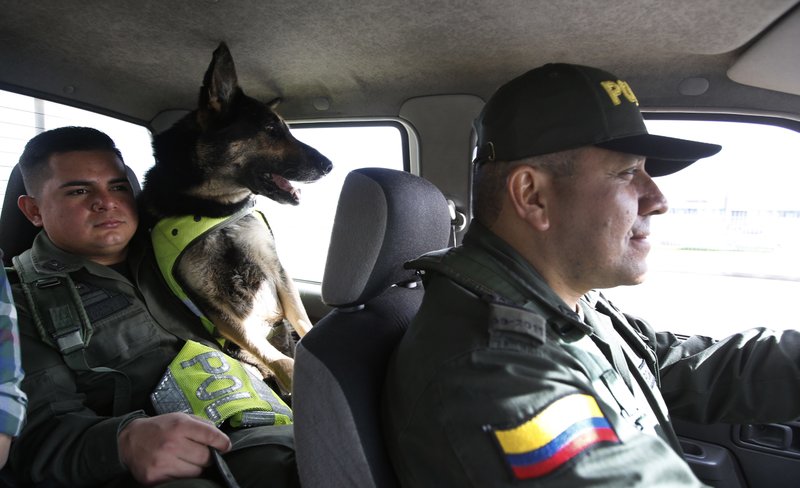 Since she was transferred in January, the canine sleuth has sniffed thousands of pounds of cocaine out of the dark, helping her handlers find the drug hidden in boxes full of sneakers and wooden necklaces. A few months ago, the tenacious hound also detected 77 kilos of cocaine placed deep inside an industrial machine.

The work is risky: Colombia’s national police estimates they’ve lost at least 1,800 officers over the past two decades and a number of dogs to the war on drugs. Some officers were killed by hitmen acting on the orders of drug traffickers, while others died in attacks like bombings on police stations. Several dogs have been killed while helping officers eradicate coca crops.

Sombra’s victories have turned her into somewhat of a media darling, and as she struts around Bogota’s airport with her handler, fans occasionally stop her for a selfie. 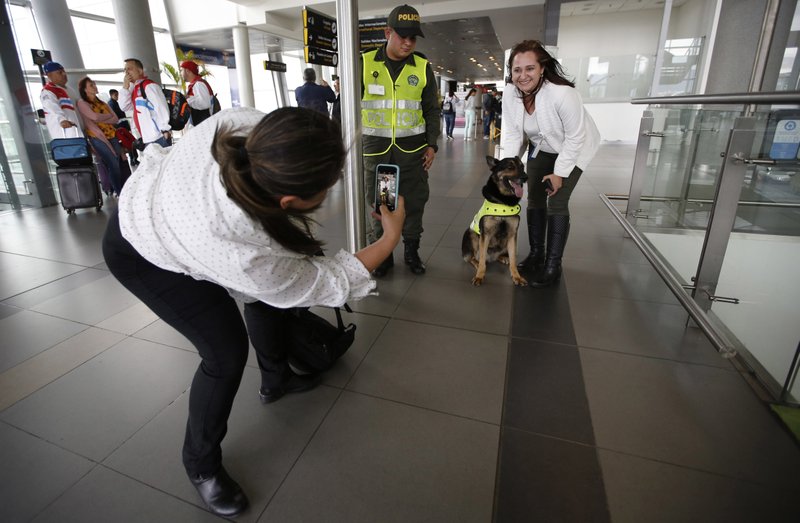 “Sombra in comparison to other dogs is much easier to work with,” he said. “She understands orders.”—MANUEL RUEDA, AP