Mississippi on track to legalize cannabis. Can the rest of the country be far behind?

Mississippi on track to legalize cannabis. Can the rest of the country be far behind?

If you think that cannabis legalization across the country is a long way off, or that Jeff Sessions will be able to shut down legal pot, consider this:

A group in Mississippi aims at legalizing medical cannabis in 2020.

A lot of voters "grew up in the 60s and 70s," Grantham said, and all they heard about marijuana was "that It was a drug and therefore it was bad."

MIssissippi is a beautiful state with fantastic food and polite folks, but traveling there feels like teleporting back in time. There's segregation everywhere, the cars are old and the speech is slow, they have lots of Big Macs and not as many MacBooks. And if you bring up marijuana on, say, a veranda in Hattiesburg, they're likely to say, "Boy, why you messing with drugs? Now, how about a fifth mint julep?"

But, now, the facts that weed helps back pain and kids with epilepsy, and, Grantham said, "I think everyone is very ready for a medical marijuana program."

Thirty states have medical marijuana. The states without it are all conservative, rural-ish, and red-ish. Your Wyomings and Idahos, your Kentuckys and Iowas.

But many of these weed-deprived states are changing fast. Oklahoma passed medicinal. Utah will vote on medicinal in November. Georgia allows low-THC weed. And, of course, the gray market thrives in all these states.

But a vote in Mississippi — often last in education, first in poverty, and sometimes considered the most backward state in the Union — will give a huge window into just how much the country's has changed its attitude toward drugs. 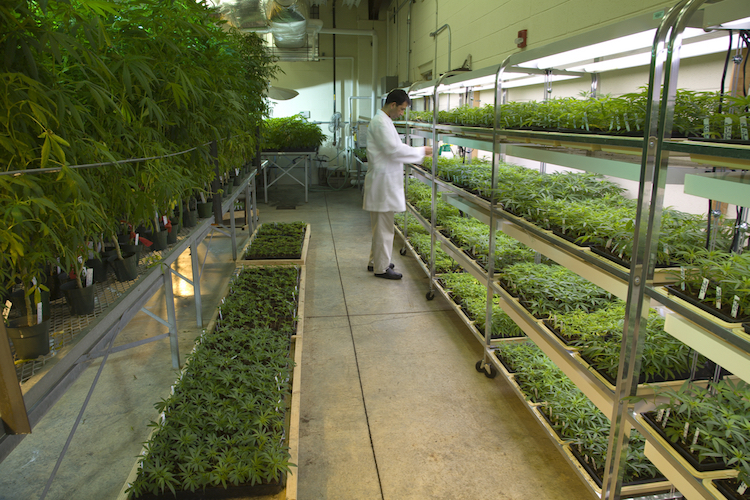 It won't be easy. The governor came out against it.

But a lot of regular folks are looking into it.

Rooster spoke to a former reserve police officer in Mississippi who supports medical marijuana. The man didn't feel comfortable having his story in Rooster Magazine associated with marijuana, and so we're not using his name.

Years ago, as a dad, when he found out his son was smoking pot, he punished him, and smashed his pipes with a hammer.

But it was his later experience with his son that made him realize "prohibition is not the answer," the former officer said.

"My son had access to marijuana from the age of 14," the man said, "and I don't think the dealer ever looked at his ID. It's easier for a kid in Mississippi to get pot than it is to buy beer."

Later, his son's drug use increased. He reached for opioids.

The family put the son through detox. But one day after he got out, the son wasn't answering his phone, and the dad went to pick him up for dinner only to find him dead on the couch, at the age of 24.

"There were no words for that," the man told Rooster.

He doesn't know that marijuana could have changed his son's outcome, but he's read that opioid overdoses are lower in states with legal weed.

Maybe his son would have stuck with marijuana, and not moved on to opioids.

Maybe marijuana, for his son, could have been the anti-gateway drug.

And so this former reserve cop plans to vote yes on the Mississippi medical marijuana initiative, if it makes it to the ballot in 2020. He's just one of millions of individual stories of Republicans, Southerners, cops and dads who are changing their mind about pot.

A country is changing its mind, one mind at a time.

As many as 64 percent of Americans now favor legal recreational weed, 68 percent of cops support medical, and even Alabama, home of anti-weed banshee Jeff Sessions, supports medical pot by a strong margin.

You'd have thought maybe Mississippi would be the last. But Grantham's group filed their initiative at the end of July with the secretary of state. They'll need to collect money and 86,000 signatures. On the board of advisors for the Mississippi initiative is, among others, the editor of a Christian magazine.

Grantham thinks they can do it. And if Mississippi succeeds, it could give a boost to the 19 other states without access to a plant. And might create a wall of legal states that no new anti-weed laws could ever tear down.

[The University of Mississippi grows the only federally-legal marijuana in the country, shown in these photos. Could the state legalize medicinal marijuana in 2020, opening the door for grows throughout the state?]