More than 3D printed guns, drones are the real threat

More than 3D printed guns, drones are the real threat

The courts outlawed a guy's plans to spread blueprints of 3D printed guns, and cities hate the easy-to-make, untraceable killing machines. But another piece of personal tech has me more worried: hobby drones

Models can be bought at Target and Best Buy for $1,000 or less. And these cheap-ass mini-copters might kick our asses in the future.

Over the weekend in Venezuela, two drones rigged with a kilogram each of C4 were flown toward President Maduro during a speech. They blew up a nearby building, not the President. But it succeeded in scaring the daylights out of everybody: military members, lined up around Maduro, scattered like bugs.

This wasn't the first. A Mexican cartel last month flew a drone with grenades at the house of a politician.

"Now that that's been tried, I think we're going to see a lot more people trying it," Jeff Price, an aviation security consultant and professor at Metropolitan State University in Denver, told Bloomberg. 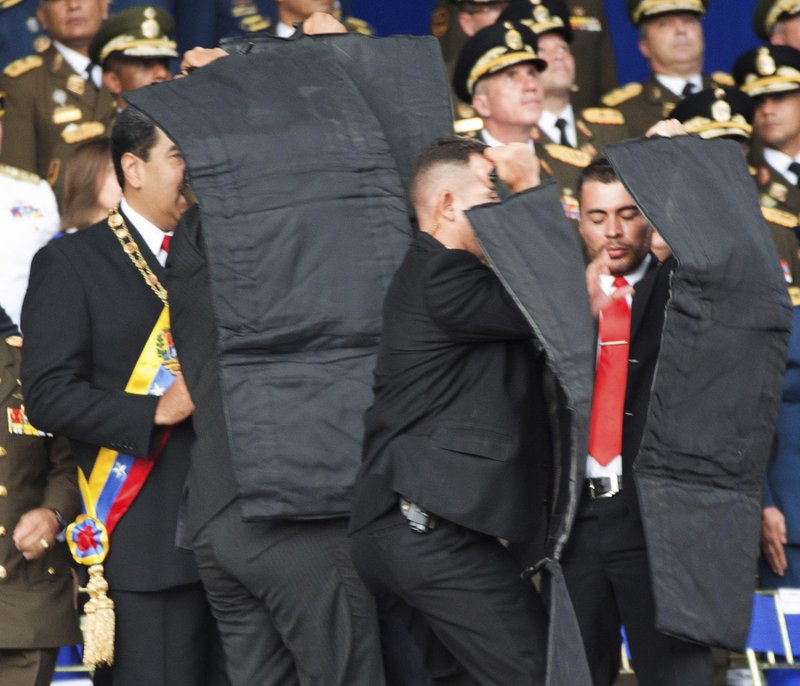 There's so many possibilities for trouble, experts say. The deadly fentanyl analog carfentanil could be dropped into a soccer stadium. Ski areas and highway departments looking to control avalanches are considering using flying machines that could drop dynamite. But the phrase "drones with dynamite" is a little squinty.

This is just the natural progression. For 17 years, America has been setting our drone sights on dirt piles and convoys in Pakistan, Afghanistan and Yemen and lighting them up with a few hundred pounds of high-grade Democracy and Freedom. Imagine what we're inviting, once more countries get drones.

3D printed guns are scary, but the trigger needs a human hand. Drones are death from above, death from afar, and C4 can do a lot more damage than a bullet.