Sure, you'll freeze your nipples off and mullets aren't that attractive. But Canada has its upsides: gravy-soaked fries, very little golf, and, starting next month, totally-legal marijuana.

Even for army men.

Its rules, just released, are surprisingly reasonable. (Canada may be the most reasonable country in the hemisphere.)

Just stop long enough to work the stuff out of your system: eight hours before any shift, 24 hours before using weapons, a month before flight missions and two weeks before driving a zamboni (kidding).

Getting high on the job is not allowed, the directives say, although the fact that they even have to say that shows just how goddamn reasonable Canada is.

It seems like a very reasonable move to treat military men and women like adults. After all, we already trust them with the keys to the tanks.

Today, soldiers, airmen and marines don't smoke much cannabis — only .6 percent of service members do. Instead, they're more likely to roll up spice, or synthetic cannabis; drug tests don't detect it.

It's childish, men who could snap your neck like a twig sneaking tokes of fake weed behind their commanding officers' backs like teenagers in a backyard clubhouse.

The drug issues in the American military aren't weed anyway. They continue to be the legal drugs, like booze — 35 percent meet criteria for possible alcohol use disorder — and pills — 20 percent take prescription pain relievers.

And once again Canada shows the way. Except with the whole mullet thing. 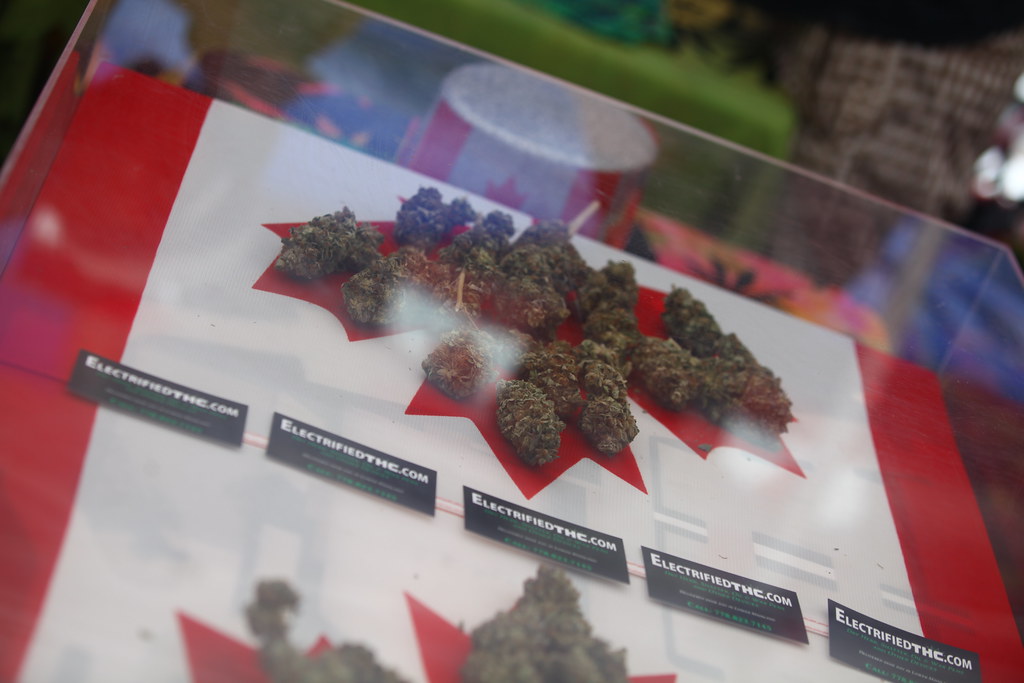 [Canada and weed are becoming synonymous. Photo from Flickr. Cover photo: screenshot from a YouTube clip showing soldiers in Vietnam smoking marijuana out of a shotgun.]